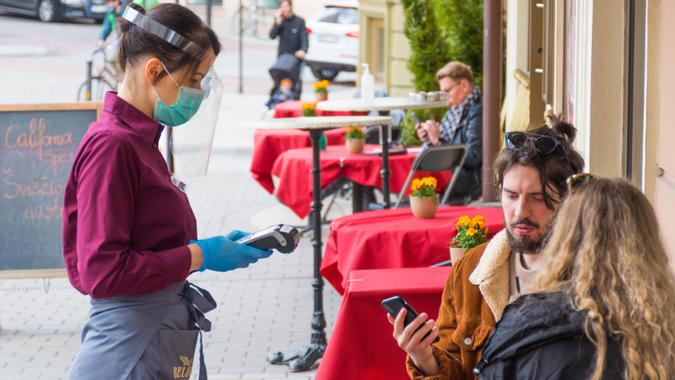 If soaring inflation hasn’t stopped Americans from spending money, then Omicron won’t either — at least according to a few leading economists.

Stimulus Checks in 2022? How Omicron Could Prompt Discussions for Further Relief Payments
Explore: 5 Times Inflation Is Actually Good for Your Finances

Consumer spending should remain robust in 2022 even in the face of rising COVID-19 cases caused by the Omicron variant. If fact, COVID fatigue might actually play a role in convincing consumers to keep opening their wallets, CNN Business reported, citing comments from Wells Fargo economists Tim Quinlan and Shannon Seery.

After nearly two years of the pandemic, many consumers have grown weary of government restrictions, as well as their own self-imposed restrictions on when and how they should spend their money. “The COVID fatigue is real,” Quinlan told CNN Business. “And especially given the less deadly nature of this particular variant, I don’t see it causing this watershed change in consumer behavior.”

As GOBankingRates previously reported, November retail sales excluding car dealers, gas stations and restaurants rose nearly 15% from the previous year, according to the National Retail Federation. The NRF projects that holiday sales during November and December were on track to grow as much as 11.5% over 2020, before the pandemic hit.

“If there is one lesson we have learned, it is not to underestimate the resilience of the consumer and, therefore, the U.S. economy,” National Retail Federation Chief Economist Jack Kleinhenz said in a press release. “Fortunately, we have a lot of tailwind in terms of job growth, spending and production as we turn the calendar to 2022.”

“I think we will continue to see elevated spending in grocery and non-food areas, because consumers are still not engaging in their No. 1 choice for discretionary spending, which is travel,” McKinsey senior partner Jessica Moulton told CNN Business. “Consumers are growing more confident in our ability to manage the [pandemic] health challenges. We’re all growing into a greater level of comfort.”

Inflation Fighting: The Best (and Worst) Things To Buy Each Month To Save Money
Learn: Inflation Continues To Outpace Raises as Only 17% of Americans Say Their Pay is Keeping Up

Dana Peterson, chief economist at the Conference Board, has a similar take.

“Consumer confidence picked up in both November and December [despite] the threat of the latest COVID-19 variant,” Peterson told the Marketplace.org website. “[Consumers are] buying things because they can’t go out, go and travel [and] go to restaurants and hotels.”