The World Could Need New COVID-19 Vaccines in a Year 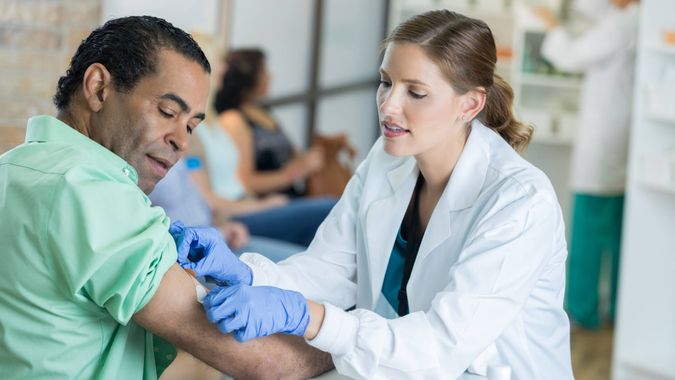 Mutations and variants of COVID-19 could make current vaccines ineffective within a year, according to a new survey of epidemiologists in 28 countries.

See: Vaccine Roll-Outs Are Expensive – But Not Vaccinating the World Would Cost $9 Trillion
Find: What Financial Help Countries Around the World Gave to Their Citizens During the Pandemic

“The more the virus circulates, the more likely it is that mutations and variants will emerge, which could make our current vaccines ineffective,” Devi Sridhar, professor of global public health at the University of Edinburgh, said in a statement. “At the same time, poor countries are being left behind without vaccines and basic medical supplies like oxygen.”

“As we’ve learned, viruses don’t care about borders. We have to vaccinate as many people as possible, everywhere in the world, as quickly as possible. Why wait and watch instead of getting ahead of this?” Sridhar added in the statement.

The new survey from People’s Vaccine Alliance, a coalition of more than 50 organizations including African Alliance, Oxfam and UNAIDS, warned that at the current rate it was likely that only 10% of people in the majority of poor countries will be vaccinated in the next year.

In addition, an overwhelming majority — 88% — said that persistent low vaccine coverage in many countries would make it more likely for vaccine resistant mutations to appear.

The survey also notes that nearly three-quarters of those surveyed — including epidemiologists, virologists and infectious disease specialists from institutions including Johns Hopkins, Yale, Imperial College, London School of Hygiene and Tropical Medicine, Cambridge University, the University of Edinburgh and The University of Cape Town — said that open sharing of technology and intellectual property could increase global vaccine coverage.

See: The US to Spend More Than Europe on COVID Relief
Find: IBM Says Its New COVID-19 Passport Is Your Ticket to Normal Life – But Some See Troubles in Privacy Paradise

“The People’s Vaccine Alliance is calling for the lifting of pharmaceutical monopolies and the sharing of technology to urgently boost vaccine supply,” according to the statement.

Quarraisha Abdool Karim, associate scientific director of CAPRISA and professor in clinical epidemiology at Columbia University, said in the statement that as nations start to expand their vaccination programs, “we are once again reminded about our inter-dependence.”

“High coverage rates and herd immunity in one country or region of the world while others, particularly low- and middle-income countries, continue to wait in line will create the perfect environment for the virus to continue to mutate and negate the benefits of any vaccine protection,” he added.