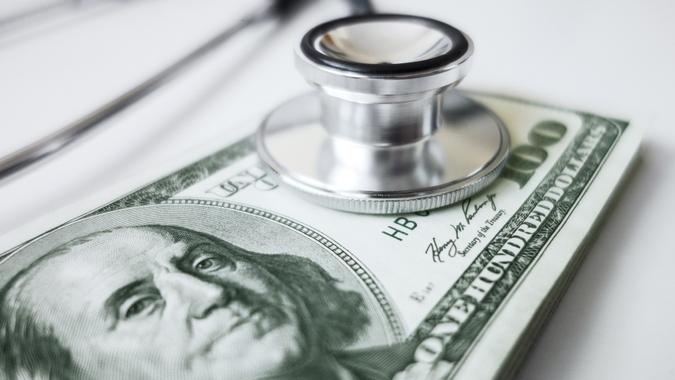 Investors are facing several risks and worries, including COVID-19 (and its variants), inflation and interest rates. In a conversation with Bloomberg, three Wall Street behemoths — Ark Investment’s Cathie Wood, chief economic adviser to Allianz SE Mohamed A. El-Erian, and chairman of Guggenheim Investments Scott Minerd — shared their own concerns for the future.

Wood told Bloomberg that deflation, not inflation, is the top risk, adding that she is seeing three major deflationary forces brewing. On the innovation side, she noted that we’re in a period today like we’ve never been in. “You have to go back to the telephone, electricity and automobile to see three major technologically enabled sources of innovation evolving at the same time. Today, we have five platforms: DNA sequencing, robotics, energy storage, artificial intelligence and blockchain technology — all of which are deflationary,” she said.

The good news is that this is good deflation, which causes a boom in economic activity, at least where the innovation is taking place, Wood added. “The problem is this innovation is going to be very disruptive to the traditional world order. But if disruptive innovation is evolving to such a rapid extent, there’s going to be disintermediation and disruption. Companies that have learned to satisfy short-term shareholders — who want their profits and want them now — have been leveraging up to buy back shares and pay dividends. Companies haven’t been investing enough in innovation, and we’re going to see a lot of carnage out there increasingly during the next five to 10 years.”

More: Walmart Goes on 150K Employee Hiring Spree — Could Perks to Working There Benefit You?

What worries Mohamed El-Erian the most is inequality, both within and across countries, he told Bloomberg. “And it’s something that financial markets puts aside as a social problem, not really an economic or financial problem. And we’ve risked seeing the issue of inequality gather momentum. COVID has already been the great un-equalizer, but rather than go back to where we’ve come from, we are now creating the dynamics for inequality to worsen and to assume greater importance in disrupting all sorts of things in our society,” he says.

El-Erian added that as we slowly emerge from the pandemic, its aftermath creates different dynamics around the world. “If you’re in a developing country today, you can no longer assume that companies will come to you. The onus is increasingly on you coming to the employer. And that is the real issue when education is lagging, when technology is lagging. So I do worry that we’re going to see this massive process get larger, if we’re not careful.”

He noted that there’s a correct notion that inequality can incentivize people to work harder and do better, but there comes a point when it goes from encouraging people to do good things to actually detracting from not just economic well-being, but social and political well-being.

Related: States and Cities Offering the Best Incentives To Move There

Finally, for Guggenheim’s Minerd, the number one risk is the sustainability of the global payment system, he told Bloomberg.

“And I choose the word sustainability over the word vulnerability, because the real key here is keeping the global payment system running, and we’ve had so many hacks, terrorist attacks, the Colonial Pipeline incident,” he clarified. “It would appear that we are extremely vulnerable to having an attack against the payment system of the financial markets — and not just here in the U.S., but in Europe.”

He added that if there was a synchronized attack, it would essentially bring the global financial market to its knees. “The first response would probably be that securities prices would crash, and the second is we would probably have to close all the exchanges in the world in order to figure out how to restore the global payments system.”

In addition, Minerd says he puts the probability of it happening as very high. “We need international cooperation to assess the risk and figure out how we can harden the system that exists in the short run and, in the long run, modernize it, he added. “But that’s going to take a new generation of technology and whether that’s blockchain or whatever, it needs to be modernized.”