The Difference Between Direct and Indirect Taxes 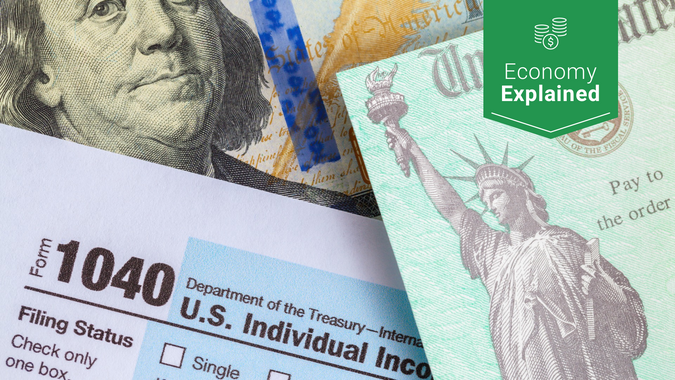 Benjamin Franklin famously said that nothing is certain in life except for death and taxes. Taxes are so certain, in fact, that people and businesses pay them almost every day without even realizing it. With 2021 now in the books, it’s time for the annual ritual of tallying the prior year’s income and figuring out what you owe the government or what the government owes you, depending on how much you already paid in taxes throughout the year.

Your civic duty of patronage to the government is most noticeable when it shows up in the form of income taxes — but that’s hardly the only tax you pay. The income tax is a direct tax, so it’s obvious — but you fund your government all year long through the slow, steady drip of indirect taxes, too.

Learn: How To Itemize Deductions Like a Tax Pro
More Tips: Take Advantage of These 15 Commonly Missed Tax Deductions

Direct Taxes: When You Pay the Government

The income tax is just one example of a direct tax, but all direct taxes share the same basic framework — people, businesses, and other organizations pay them directly to the government. They don’t have to do anything to trigger the taxation and they can’t avoid it or pass it on to someone else.

Other examples of direct taxes include:

Also See: These Are the Receipts To Keep for Doing Your Taxes

Indirect Taxes: When a Middleman Collects on Behalf of the Government

Unlike direct taxes, which people and organizations pay straight to the government, indirect taxes are collected through a third party during the course of a transaction.

In this case, the government levies a tax on some entity in the supply chain — usually a producer or retailer — who then passes the cost on to the consumer by baking the tax into the price of the goods or services they sell.

One of the easiest examples to understand is sales tax. If you buy a cup of coffee advertised for $3 in a state that levies a 6% sales tax, you’ll pay $3.18 at the register. The coffee shop takes the extra 18 cents to cover the tax that the government levies on it to complete the purchase.

Unlike most direct taxes, indirect taxes are never progressive. People who earn so little money that they might not pay any income tax at all, for example, pay the exact same sales tax as a millionaire every time they buy a Snickers bar or a set of snow tires. Indirect taxes, therefore, are regressive, not progressive — although they’re applied evenly, they take a higher percentage from low-income earners than they do from high-income earners.

Besides sales tax, the following is a list of common indirect taxes that people and businesses commonly pay, often without even realizing it:

Also Read: Here’s the No. 1 Thing Americans Do With Their Tax Refund

Other Differences Between Direct and Indirect Taxes

Indirect taxes are paid directly to the government, unlike indirect taxes, which the government collects by levying a tax on whoever makes, sells, or ships the thing being taxed — but there are other distinctions, too.

First and foremost, direct taxes are pulled from the income that people and businesses earn, while indirect taxes are levied only when people take an action like making a purchase or registering a car. It’s relatively easy for governments to collect indirect taxes, but collecting direct taxes is a complicated and expensive process. Finally, direct taxes can’t be avoided or shifted, but indirect taxes can. That’s because a business that is required to pay an indirect tax can pass the expense on to the consumer by raising the price of its goods or services. With corporate and personal income taxes, no such escape hatch exists. “Ultimately,” according to the IRS, “individuals pay almost all taxes.”