The Bureau of Economic Analysis caught most economists by surprise on April 26 when it reported that the economy grew by 3.2% in the first three months of 2019. While it may mean the best start for the economy since 2015, the report also causes some concerns. A falling stock market, China-related trade concerns and the government shutdown worried consumers during the quarter.

The numbers bring some good news. If anything else, economic growth should reassure most Americans about their jobs. Even if you lose your job, you can benefit from a record number of open jobs from which to choose. Moreover, consumer spending remains the single largest component of the economy. Since consumers have continued to spend, it shows some measure of confidence in the economy.

However, concerns about the market and the global economy remain. Consequently, consumers should refrain from risky financial behavior for these three reasons.

Also See: 20 Companies That Create the Most American Jobs

First, you should realize that these numbers are estimates, and the government has become notorious for revising them. In the previous quarter, they originally reported that the economy grew by 2.6%. However, in late March, they determined that they had overestimated consumer and business spending. As a result, they revised the economic growth number to 2.2%. To make things worse, such revisions may not receive as much news coverage, leading some to hold a differing view on the economy.

Second, the number includes one-time factors that may not boost the economy in the future. The reported increase in exports and the slowdown in imports may not last. Moreover, the effects of the recent tax cuts could begin to fade. Either factor could lead to lower growth numbers in future quarters. Furthermore, the most significant component of economic growth, personal spending, rose by only 1.2%, well below the overall increase. Even if the government does not later revise these figures, the disparities in the underlying numbers alone should encourage you to take these estimates with a grain of salt.

A Look Back: The Best and Worst Decades for America’s Money

2. The Public Should Not Expect a Cut in Interest Rates

The mission of the Federal Reserve is to “foster the stability, integrity and efficiency of the nation’s monetary, financial and payment systems.” In layman’s terms, this means protecting the value of the dollar. High-growth economies tend to stoke inflation. Under such conditions, the Fed will sometimes raise interest rates to keep inflation under control. In March, the Fed indicated that it saw no need to increase interest rates for the remainder of 2019. However, it has an open-door policy for rate hikes should the economy improve.

Related: Fed Keeps Interest Rates Unchanged — What This Means For You

3. Americans Should Expect an Eventual Recession

Summer does not last forever. Eventually, it will give way to autumn, then winter, then spring before returning to summer. Economic cycles work in the same way. A peak in the economic growth cycle eventually leads to a recession. It must also hit a trough and go through a recovery period before it can again reach its peak.

Since the current economy began its growth cycle, it has run for more than 10 years — much like how having a 15-year-old car does not mean it will stop running tomorrow. However, its length of life is a risk factor. Economic expansions also face the same age-related risk. Consumers should note that since 1945, the average economic cycle has lasted for about 5.5 years. Hence, the length of the current cycle remains a worry even without any obvious signs of a downturn.

Instead of taking chances with your personal finances, you should get ready for leaner times. If you prepare for a recession like you prepare for autumn, you are more likely to keep your finances in order regardless of the season or the economic growth numbers.

Keep reading to see 15 survival tips for the next recession. 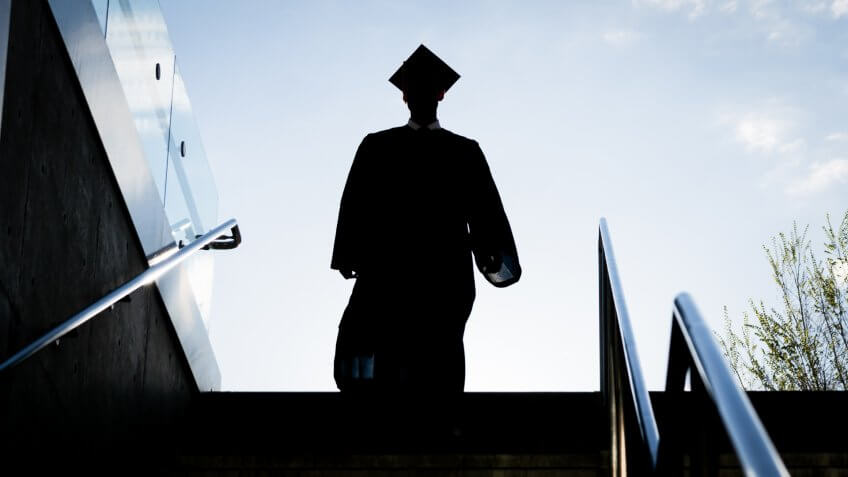 The Best States for New College Graduates To Start a Life

For recent grads, some states are better than others.