What Is the Consumer Confidence Index and What’s It Mean for You? 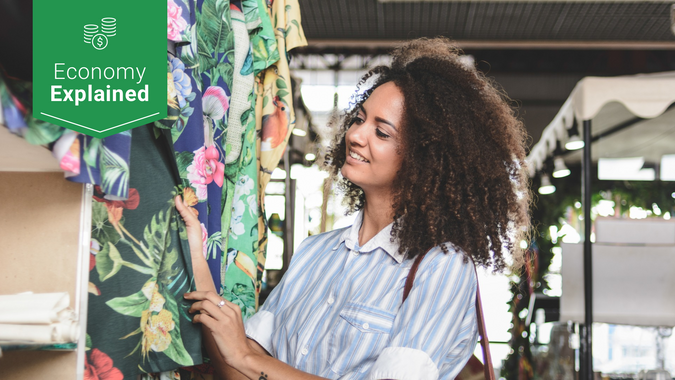 In countries like China, as much as half the national gross domestic product comes from public-sector investments. But in the U.S., consumption is king. About 70% of the U.S. GDP is the result of consumer spending. The country’s astonishingly huge $20 trillion economy is almost solely dependent on the appetite of Americans to buy stuff and pay people to do things for them. Economists use the Consumer Confidence Index (CCI) to measure that appetite — because when it subsides, so, too, will America’s status as a global economic superpower.

The CCI Is an Important Leading Indicator

Lagging indicators are economic models that confirm trends that are already happening. The unemployment rate, for example, goes up only after the jobs have already been lost. Leading indicators, on the other hand, are forecasting models that try to predict a future change in the economy.

The Entire Thing Is Based on a Survey

As essential and predictive as the CCI is, the entire index is built on the results of a monthly survey that asks only a few thousand people just a few, simple questions about things like their plans to make big purchases, their ability to save money and their perception of the economy. A publicly traded research firm called Nielsen conducts the Consumer Index Survey on behalf of the Conference Board, a nonpartisan, nonprofit think tank. The Conference Board publishes the results of the survey at 10 a.m. EST on the last Tuesday of every month

The index is measured according to a baseline score of 100. Anything above 100 represents an increase in consumer confidence. When the index dips below 100, it means that people are anxious and are likely to spend less in the near future in favor of tucking some money away into savings instead. In January, the CCI improved to 89.3, which is up from December 2020, but still well below the 100-baseline that was set when the survey began in 1985.

The Consumer Confidence Index is a reflection of the discussions that take place at kitchen tables, at water coolers and, more recently, on Zoom calls every day across the country. Did someone you know lose a job or get a promotion? Are you considering buying a home or did you watch a neighbor’s house go into foreclosure?

Keep Reading: How To Calculate Your Debt-to-Income Ratio

Those kinds of personal sentiments are directly tied to the GDP because they determine whether people save or spend their extra money. The more they spend, the more the GDP grows. As the GDP grows, the economy expands, consumer confidence rises, people spend more and the cycle continues… until one day it doesn’t and a recession arrives to squash any confidence that remained.