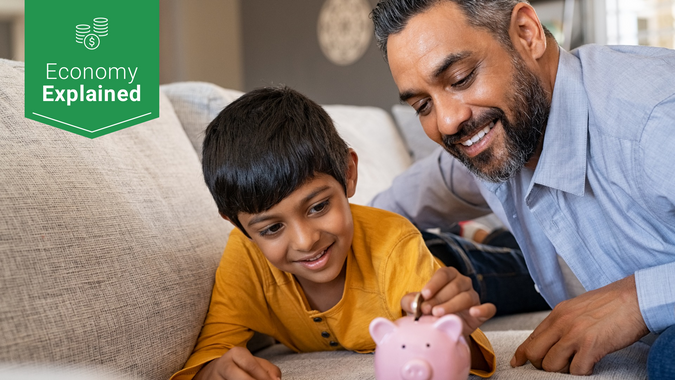 On July 15, the families of 60 million American children received their share of a $15 billion fortune, compliments of the U.S. Treasury and the IRS. It was the first round of payments for the new-and-improved Child Tax Credit (CTC). The credit is not new, but President Joe Biden’s American Rescue Plan, passed in March, expanded the CTC from $2,000 to $3,600 per eligible child and made it payable in advance for the first time in history.

Now, most eligible taxpayers receive monthly payments of up to $300 per child, as half the total credit can be paid in installments with the second half delivered later as a tax credit. Many other families have opted to take the whole credit at tax time.

For millions of Americans, the obvious benefit is a monthly injection of cash with more to come when taxes are due. But the CTC — and the other direct-payment stimulus programs that came out of the pandemic — is a boon for the entire economy and benefits even those who don’t have children.

Learn More: What Is Adjusted Gross Income?
See: How Do We Track Unemployment and Joblessness?

Direct Cash Payments Can Lift Children Out of Poverty for Life

According to the Center for American Progress (CAP), the CTC had always left the poorest families behind because it wasn’t fully refundable. Families received only as much of the credit as was necessary to reduce their tax liability — they lost any portion that was left over. The American Rescue Plan changed all that by making the credit fully refundable. Even the poorest households with no tax bills now get to keep the entire credit as a tax refund.

Good To Know: Understanding the Basics of Social Security

That kind of direct cash payment — including CARES Act stimulus checks and similar COVID-19 relief payments — can be a ticket out of poverty for millions of poor children. According to the CAP:

The impact is not theoretical. In late July/early August — after just one CTC payment — the number of parents who reported not having enough food dropped, according to a Census Bureau report.

Find Out: What Does Cost of Living Include and How Is It Calculated?

The Economy Benefits in Many Ways From Fewer Poor People

Even if you’re a hard-hearted person who doesn’t care about the plight of the poor, lifting low-income children out of poverty is good for the economy and the country. According to the CAP:

Read More: What You Should Understand About Economic Inequality and Its Impact on You

As early as 2015, the Center on Budget and Policy Priorities (CBPP) was compiling data that disproved the common anti-stimulus stance that says cash payments encourage idleness — who would choose to work, after all, when the next envelope full of free money is always just one month away?

As it turns out, most people would.

More Economy Explained: The Complicated Topic of Wage Inflation and the Controversy Surrounding It

The CBPP reported that stimulus programs like the CTC and Earned Income Tax Credit (EITC) “promote work” along with reducing child poverty and supporting children’s development. The CBPP cited exhaustive data that proved a direct link between the expansion of the EITC in the 1990s and the increase in work during that time, particularly among single mothers and female heads of households. With more single mothers working:

It’s not just working mothers and other women. Direct cash payments like those delivered by the CTC disproportionately help African American, Latinx and other minority families, who suffered disproportionately during the pandemic. In the end, according to the CBPP, 99% of working people who receive CTC benefits will remain employed.