How Do We Track Unemployment & Joblessness? 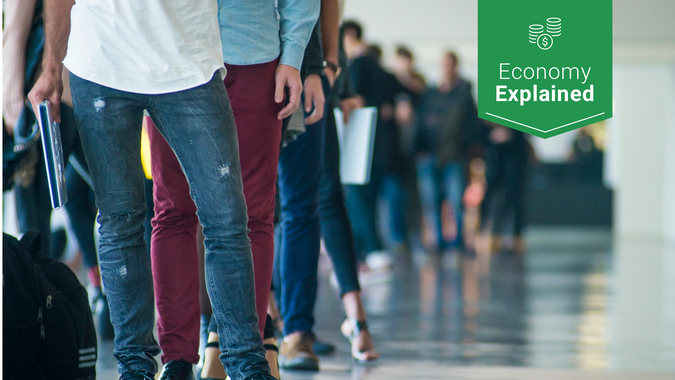 The GDP, which measures productivity and economic expansion, is one of the two most important statistics for gauging America’s economic health. The other is the unemployment rate. When people think of the Great Depression, they don’t think of declining output as measured by gross domestic product. They think of people in raggedy clothes holding “will work for food” signs while standing in line for soup. Everyone knows that things are bad when jobs are scarce. What’s less known is how, exactly, the country tracks joblessness in the first place.

The Economy and Your Money: All You Need To Know
See: What You Should Understand About Economic Inequality and Its Impact on You

There Are Several Unemployment Rates

The Bureau of Labor Statistics (BLS) is responsible for tracking and reporting all data related to unemployment in the United States. Each month, the BLS releases six different measures of the job market labeled U-1 through U-6. The official unemployment rate is U-3. When the news mentions the unemployment rate, that’s the one they’re talking about. The BLS defines U-3 as the country’s “total unemployed, as a percent of the civilian labor force.”

‘Labor Force’ Is a Subjective Term

The definition of “labor force” is one of the biggest controversies in American economic policy. According to the BLS, the labor force consists of:

More on Your Money: What Is Inflation and What Does It Mean When It Goes Up or Down?

The BLS excludes a large and critical third population from its definition of “labor force”: Those who are neither working nor looking for work. They include:

Important: Understanding Interest Rates — How They Affect You and the US Market

Critics of U-3 argue that the exclusion of these populations is misleading and that the measurement is artificially low. They recommend that the country instead adopt the U-6 designation, which does include these groups and is close to double the official unemployment rate. Unlike the broader U-6 — known as the real unemployment rate — U-3 ignores:

Be Aware: What the Unemployment Rate Means for You and the Economy

There’s a Formula For Calculating the Unemployment Rate

For now, the official unemployment rate remains the standard despite the fact that it excludes more than 2 out of 3 American adults. The unemployment rate is calculated by dividing the number of unemployed people by the total labor force and multiplying the result by 100.

More Economy Explained: Understanding US Productivity and All the Ways It Affects You