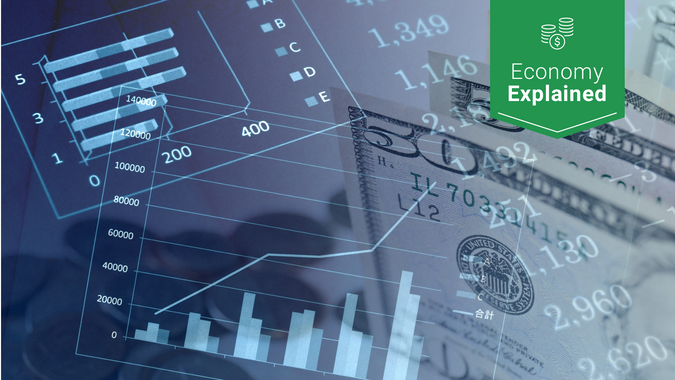 Last summer saw big crowds, congested highways and full airplanes as tens of millions of Americans celebrated their own liberation from the pandemic. There were worries that creeping inflation would keep people home as the price of gas, meat and just about everything else ticked up — but the pessimists would not be vindicated. Inflation, after all, isn’t always bad — and it’s far from the only economic phenomenon that involves changes in the cost of stuff and the value of money.

The Economy and Your Money: All You Need To Know
Learn More: The Relationship Between Inflation and a Rising Minimum Wage

Economists use indicators like the consumer price index to measure inflation, but for you, all the data you need is right there at the grocery store, the gas pump or the coffee shop. Over time, the cost of goods and services gradually rises as the purchasing power of your dollars falls.

Some inflation is natural and inevitable, but too much can be harmful because when consumers can no longer afford to buy the things they once could, the national standard of living declines, and the economy declines right along with it.

Read: Understanding Interest Rates — How They Affect You and the US Market
Find Out: What To Expect From an Economic Boom

But inflation can also be beneficial because it adds value to people’s assets even though their debt remains fixed. Inflation can also be a sign of a booming economy. During periods of growth, businesses are making money and hiring new workers, who then have more disposable income, which increases demand and sends prices up. When prices get too high, however, consumers cut back on purchases, businesses lose money and lay off workers, and the economy begins to contract.

More: What Does the Fed Do, Anyway?

Once Considered a Myth, the Misery of Stagflation Is Very Real

When prices rise in response to growing demand from cash-flush consumers in a booming economy, inflation can be good. But when rapid inflation coincides with high unemployment and slowing growth, as it did in the 1970s, the result is economy-killing stagflation.

During that time, America was experiencing crushing double-digit inflation, but not because the economy was expanding — quite the opposite. Soaring fuel costs sent the price of everything up just as the economy was contracting and more people were out of work, which most of the era’s economists simply didn’t believe could happen at the same time.

U.S. economic and monetary policy changed forever when the world saw what happened when a stagnant economy suffers runaway inflation (stagflation): back-to-back recessions, soaring prices, millions of people unemployed and a general sense that the country was coming unglued.

Important: Understanding US Productivity and All the Ways It Affects You
More Economy Explained: National Debt and Deficit — What Is It and How Does It Affect Me?

Deflation: Falling Prices Are Great — Until They’re Not

Just as it is with bicycle tires and air mattresses, deflation in economic terms is the opposite of inflation. During times of deflation, the cost of goods and services goes down and your dollars can buy more — sounds great, right?

Policymakers and central banks fear deflation above all other outcomes because of a domino effect of destruction called deflationary spiral:

While Inflation Can Be Bad, Deflation Is Always Terrible

Modest inflation is a natural part of the economic cycle that might be good news, bad news or no news at all — but deflation is always a reason for worry. While it’s true that inflation makes things more expensive, it also lowers the value of debt, so people and businesses don’t stop borrowing money. Plus, you can fight back against inflation by investing your money — when things get more expensive, your assets are no exception and become more valuable.

In a world where everything is losing value except debt, money has few safe places to hide.