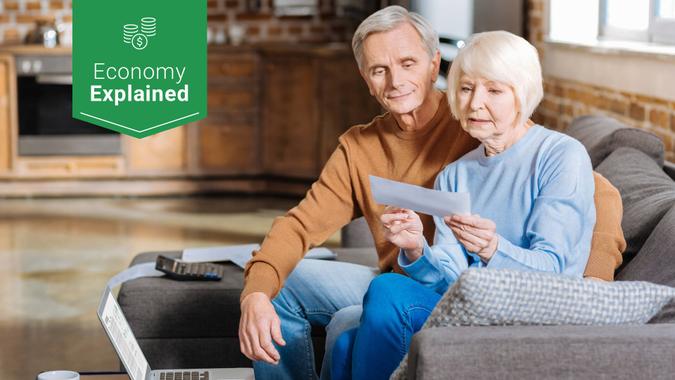 It’s hard to imagine that any government program touches the lives of more Americans than Social Security. The bedrock of retirement for most of the country, Social Security paid monthly benefits to 65 million people in 2020, according to the Social Security Administration (SSA). Most, about 49 million, were retirees and their families, but the program also sustains disabled workers, families that lose a parent or spouse and other vulnerable populations.

If you’re not yet cashing checks, chances are good you’re kicking into the pot. About 180 million Americans pay into Social Security through their taxes. The program is so ubiquitous, in fact, that the Social Security number the SSA issues you at birth will serve as your numerical identity for the rest of your life.

Before Social Security, retirement planning consisted mostly of having a lot of kids to take care of you when you were too old or sick to work. Governments had experimented with “poor laws” and other semi-organized efforts to care for the elderly and indigent for centuries. But the business of financially supporting old people, poor people and others who couldn’t support themselves was left mostly to families, communities, charities and churches.

That all changed in 1935 when Franklin Roosevelt signed the Social Security Act. The result of decades of progressive activism by labor leaders and social welfare advocates, the legislation provided:

Caring for the old and indigent was now officially the responsibility of the federal government.

The Basics of Social Security

Although the vast majority of beneficiaries rely on Social Security for more than half their income, Social Security was never meant to fully support people in retirement. On average, Social Security payments replace about 40% of pre-retirement income, according to AARP. The average monthly payment is about $1,400. There are very strict and specific rules on who can claim Social Security benefits, when they can claim them and how much they’ll receive. In general:

The payroll tax funds Social Security. Employers and employees split the bill, with both parties kicking in 6.2%. The one exception is all too familiar to those who are in business for themselves. They have to pay as both the employer and the employee. It’s the dreaded self-employment tax, a bruising 12.4% surcharge that is the cost of working for the person in the mirror.

If you’re considering applying for Social Security but you’re not sure when or how, do nothing until you know what you’re doing. There are many variables to consider and many options to ponder. Your decisions will determine the size of your monthly check. Your best bet is to speak to a professional, but if not, at least take the time to educate yourself.

Kiplinger, for example, put together a primer on things like calculating benefits, cost-of-living adjustments, how benefits can grow the longer you wait to claim them and the formula for calculating spousal benefits.