How the Unemployment Rate Impacts Your Financial Life 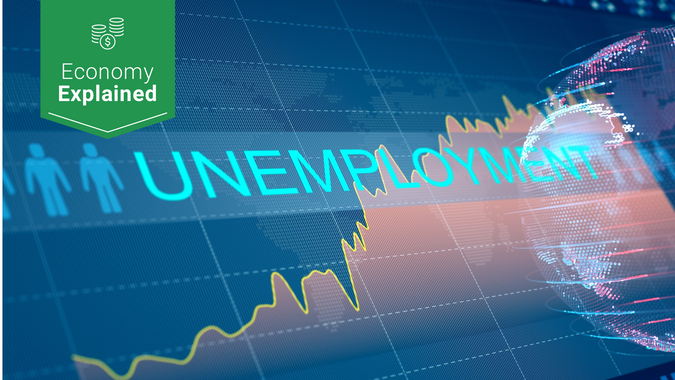 The Bureau of Labor Statistics (BLS) reports the unemployment rate on the first Friday of every month. It’s up there with the GDP (gross domestic product) as one of the most important indicators of the economy’s overall health. It’s supposed to show the percentage of people who are out of work, but the way the report defines “labor force” and the way some populations are included or left out are controversial and not always representative of the reality on the ground.

See: $1M Is No Longer the Standard Nest Egg – Here’s How Much Most Americans Think You Actually Need To Retire
Read More: Prices Surge 5% as Inflation Rises with No End in Sight

There’s a Formula — but There’s Also a Better Formula

That leaves out a whole lot of people who just gave up and stopped looking for more than four weeks, which is the BLS cutoff. It also leaves out millions of incarcerated Americans, full-time caretakers and college students, as well as those who are disabled, dealing with long-term illnesses or who left the workforce to raise children.

Extremely low unemployment can have negative effects like inflation and lost productivity, but when lots of people are out of work, things are always bad with no exceptions.

When unemployment is high, jobs are scarce, and people are broke or worried they soon might be. They respond by pinching pennies, which means they buy less stuff from businesses that have to then lay off even more employees. It’s a self-sustaining cycle that leads to economic quicksand. A recession is defined as two or more consecutive quarters of economic decline as reflected in the GDP, and elevated unemployment is always part of the equation.

Find Out: What Is Adjusted Gross Income?
See: Understanding the Basics of Social Security

It Matters for You Whether You’re Working or Not

If enough people are out of work for a long enough period of time, social degeneration and political instability are never far behind. But the unemployment rate will impact your life long before your town turns into “Mad Max.”

It’s a lagging economic indicator. Unlike leading indicators, the unemployment rate reveals a trend that is already happening. By the first Friday of the month when the report comes out, the jobs have already been lost. That means it can tell you if things are getting worse or better and help you plan accordingly.

Check Out: What You Should Understand About Economic Inequality and Its Impact on You

Instead of buying a new fridge, you might instead squirrel away the cash and hold out for another year if the unemployment rate tells you a recession is on the horizon. If you’re thinking of changing jobs or taking on work on the side, it can help you gauge how risky the leap might be and how many people you’ll be competing with. Either way, the unemployment rate is an imprecise but crucial yardstick for measuring the health of the economy and society in general.