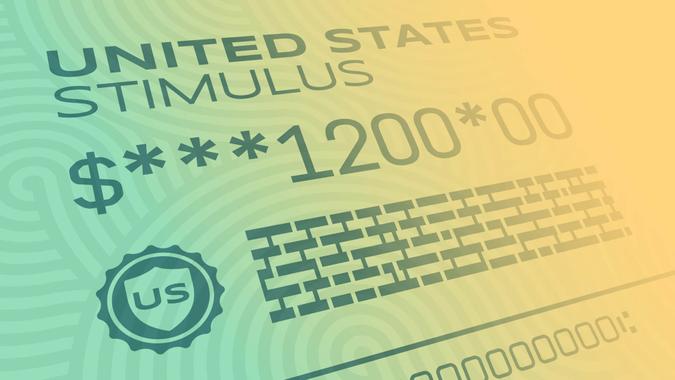 This year, most Americans will receive little or no extra help from the government for the first time since 2019. As the country confronts its first year without stimulus since the start of the pandemic, it’s unclear if people as individuals or the economy as a whole are ready to remove the training wheels just yet.

To better understand the situation, GOBankingRates asked experts from a variety of backgrounds about what people should expect in the coming year — and if all the stimulus that came before has prepared the country for what’s ahead.

Stimulus Brought Both Relief and Pain — and Now It’s Ending

The government responded to the pandemic with financial assistance on a historic scale. Three major stimulus packages rescued millions from disaster, but the federal response also had some unintended side effects.

“To a certain extent, the pandemic relief programs provided a lifeline to people who were unemployed,” said Peter C. Earle, economist and research fellow at the American Institute for Economic Research, an economic research and advocacy think tank. “But they also helped create the shipping problems we have seen develop over the past six to eight months. We saw a stimulus payment-driven tidal wave of consumption activity amid industries that were woefully understrength owing to lockdowns, and now hundreds of cargo-laden ships are waiting for days to dock.”

Americans took both the good and the bad that came with the trio of pandemic-relief bills — but this year, it appears that the wheels are no longer squeaky enough to require another dose of grease.

“Right now, the economy seems to be growing at a solid pace,” Earle said. “For that reason, and because the latest variant of COVID is far less dangerous than its predecessors, the idea of continuing stimulus or support programs — such as federal additions to state unemployment — seems unnecessary.”

The Poor Will Suffer Most From a Year Without Stimulus

From the moment the CARES Act authorized the first round of direct payments in spring 2020, there were two kinds of stimulus recipients — those who had to spend the money right away and those who had the luxury of choosing to spend it or not.

“For those who were really struggling to get by during the pandemic, these payments went straight into day-to-day expenses such as rent, food, and gas,” said Carter Seuthe, CEO of Credit Summit. “But for those who were still able to work or receiving unemployment benefits, these tended to be spent on slightly more long-term expenses. People paid off debts, bought big-ticket items like appliances, or got medical care they had been putting off due to the cost.”

For the second, more comfortable group, a year without stimulus will signal a dropoff in their newfound purchasing power.

But for people in the first group — millions of whom were lifted out of poverty and food insecurity by the stimulus payments — the consequences will be much more immediate and severe.

“Low-income families could suffer the most without stimulus payments or other pandemic-relief programs because they’re the ones who go through them the most,” said Anthony Martin, CEO and founder of Choice Mutual. “They might incur more debt when they cannot use stimulus payments or additional Child Tax Credit advance payments to build their emergency fund or pay bills.”

With the exception of direct stimulus payments, no part of the American Rescue Plan had a bigger and more immediate impact on the financial health of the average American household than the advance child tax credit payments.

“This money led to a huge drop in child poverty and malnutrition, as those families who were struggling to afford basic necessities for their children could do so, and those who were getting by were able to spring for things like private tutoring to help their kids keep up in school,” Seuthe said.

There will be no credit in January for sure because Congress failed to pass legislation by Dec. 31. Beyond that, the credit’s future is uncertain and it’s not looking good for those who came to depend on it — but not all hope is lost.

“While its prospects are bleak, there is legislation in the works that would extend these payments, so it’s possible that they may be resumed in the not-too-distant future,” Seuthe said.

Expanded Unemployment Helped Millions, but the Country Is Back to Work

The other major lifeline was born from the mass layoffs that defined the crisis from the very beginning — expanded unemployment.

“These payments were essential in preventing a major recession during the pandemic as almost everyone who ended up out of work was able to continue paying their bills and spending money,” Seuthe said.

After the Great Resignation and the labor market drama of 2021, however, that is simply no longer the situation on the ground.

“The need for these benefits is largely tied to government-mandated shutdowns of certain businesses. Unless we experience another lockdown, our economy will probably be OK without these benefits.”

Learn: Is Unemployment Compensation Going To Be Tax-Free For 2021?

Millions Will Suffer From Reduced Food Assistance and Medicaid

The least affluent Americans relied on Medicaid and SNAP before the pandemic — and the virus only swelled those rolls.

“These programs, which provide food and health care to the poor, were expanded greatly in 2021 as part of a federally funded effort to help fight the spread of disease after a global pandemic,” said Patrick Dever, owner of Coupon Ninja. “The programs are expected to be cut back significantly in 2022.”

So what does that mean for people who depend on them?

“The cuts will affect about 14 million people, according to the Center on Budget and Policy Priorities,” Dever said. “That’s about 8% of the population.”

Explore: What Is Disaster Unemployment Assistance and How Do You Apply For It?

For Millions of Student Borrowers, Trouble Is Coming in the Spring

Finally, federal legislation prevented countless Americans from going into default and facing financial ruin by letting them pause their student loan payments without accruing any new interest. That deferment period was extended several times, most recently in December 2021, but come May 1, the clock runs out.

“The end of student loan deferment is going to be devastating for millions of Americans,” said Melanie Hanson, editor in chief of EDI Refinance. “It’s no accident that the current administration chose to delay the end of this program by another four months. The debt relief this program offered helped people weather the pandemic, but it also provided relief from a longer-running student debt crisis, hence the strong backlash against ending it.”