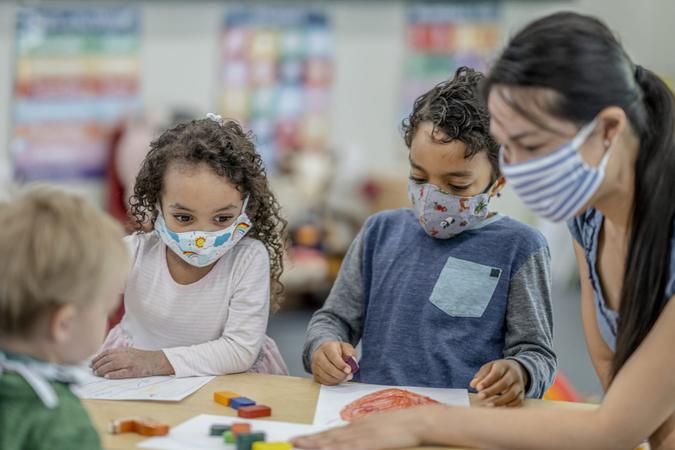 Nearly 10 million children could benefit from a bill that proposes to offer free or reduced-cost child care for low- to moderate-income families, according to research from the Center for American Progress, reported CNBC.

See: Parents Quit Jobs, Build Debt to Pay for Child Care
Find: How Starbucks’ $1 an Hour Child Care Plan Could Be a Game-Changer for Parents

The Child Care for Working Families Act was reintroduced to Congress by Democrats in April, aiming to ensure the following:

Rasheed Malik, senior policy analyst for early childhood policy at American Progress, wrote that such policies would not only modernize the American economy and ease the burden on working families, but provide security, stability and encourage healthy child development.

Today, only 1.9 million children receive subsidized care through the Child Care and Development Fund, reports CNBC. About 40% of children under the age of 6 would receive free child care and another 36% would be eligible for reduced-cost care if this bill were to be implemented.

According to CNBC, families earning above 1.5 times their state median income would not automatically be eligible; however, these families could use the child care tax credit and dependent care savings accounts to reduce expenses.

CNBC also noted that capping child care costs could mean significant savings for families. Child Care Aware of America, a nonprofit that works to ensure that families have access to quality, affordable child care, estimates that the child care crisis costs Americans $57 billion a year in 2018 — this figure is likely higher because of the coronavirus pandemic.