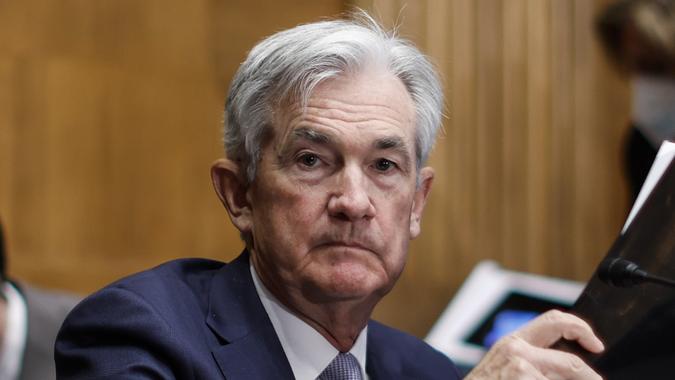 The Federal Reserve released the minutes of its March 15-16 Federal Open Market Committee (FOMC) meeting, which revealed that the Russian invasion of Ukraine was perceived as adding to the uncertainty around the outlook for economic activity and inflation, “as the conflict carried the risk of further exacerbating supply chain disruptions and of putting additional upward pressure on inflation by boosting the prices for energy, food, and other key commodities.”

In light of greater near-term uncertainty associated with Russia’s invasion of Ukraine, participants judged that a 25 basis point — or a .25% — increase in interest rates would be appropriate at this meeting.

“The Russian invasion of Ukraine, however, constituted hurting global risk sentiment, and exacerbating supply bottlenecks,” according to the minutes. “Inflation abroad continued to rise, driven by recovering global demand, rising retail energy and food prices, and ongoing strains on global supply chains; the effects of the Russian invasion contributed to some of these inflationary pressures.”

At the last meeting, with U.S. inflation at a 40-year high, in a highly anticipated move, the Federal Reserve raised rates for the first time since 2018, by a quarter percentage point.

The minutes also show that many participants noted that — with inflation well above the Committee’s objective, inflationary risks to the upside, and the federal funds rate well below participants’ estimates of its longer-run level — they would have preferred a half percent increase.

“Many participants noted that one or more 50 basis point increases in the target range could be appropriate at future meetings, particularly if inflation pressures remained elevated or intensified,” according to the minutes.

Louis Ricci, Head Trader at Emles Advisors, told GOBankingRates that there were “no surprises in the minutes.”

“Continue to expect an aggressive tightening cycle, as many expected they confirmed they were looking to hike 50bps in March but did not due to Russia’s invasion of Ukraine. They are not selling agency MBS but planted the seed that it could happen well into the future, Ricci said. “This would be a particularly hawkish action compared to raising the fed funds rate or allowing more balance sheet runoff.”

Also unsurprising, the Fed also said it will reduce its balance sheet by $95 billion a month — with monthly caps of about $60 billion for Treasury securities and about $35 billion for agency MBS, according to the minutes. Depending on economic and financial conditions, beginning the process of reducing the size of the balance sheet would be appropriate at a coming meeting, possibly as early as at the Committee’s May meeting.

Sarah Evans, CEO of Sevans PR, told GOBankingRates that the minutes reveal that the Fed has reached a consensus centered around the soaring inflation rate which has surpassed the Federal target of two percent by triple.

“At its highest since 1982, the minutes indicated multiple run-off scenarios to tackle this and include a tightening of monetary policy as well as a reduction strategy aiming to reduce the balance sheet by $95 billion a month starting May,” she said. “A series of interest rate hikes stand ahead and are expected to steadily increase over the next three-year term.”

After the release of the minutes, The Dow Jones Industrial Average fell more than 300 points, while the S&P 500 dropped 1.2% and the Nasdaq Composite went down by 2.35%, according to CBS.

Edward Moya, senior market analyst, The Americas, OANDA, said in a note sent to GOBankingRates that stocks extended losses after the Fed Minutes showed they are ready to deliver “super-sized hikes and reduce its massive bond holdings at a maximum pace of $95 billion a month.”

“Everyone knew the Fed was telegraphing the balance sheet reduction was coming and expectations were for the pace to be around $100 billion, so the $95 billion amount was initially viewed as dovish,” he wrote.