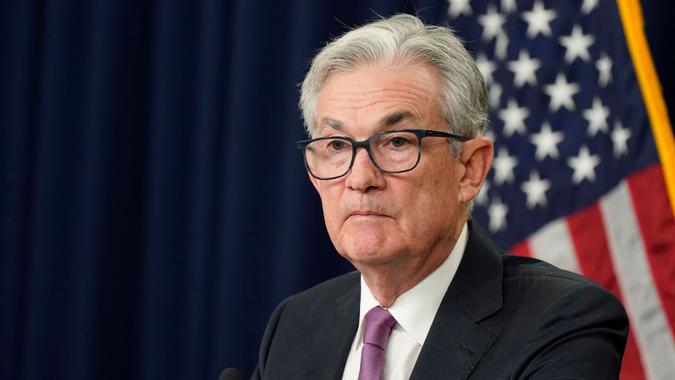 In a widely anticipated speech, amid four-decade high inflation and with investors and analysts awaiting signs of future rate hikes, Federal Reserve Chair Jerome Powell said on Aug. 26 that to bring down inflation, “there will still be a pain to households and businesses.”

Find Out: Are We In A Recession Yet? GDP Shows Economy Shrank Two Consecutive Quarters
Learn: How To Re-Price Your Home To Adjust for Rising Interest Rates

Speaking at the annual policy speech at Jackson Hole, Wyoming, Powell said in a very short speech, that “restoring price stability will take some time and requires using our tools forcefully to bring demand and supply into better balance,” according to a transcript of his remarks.

“Reducing inflation is likely to require a sustained period of below-trend growth,” he said. “Moreover, there will very likely be some softening of labor market conditions. While higher interest rates, slower growth, and softer labor market conditions will bring down inflation, they will also bring some pain to households and businesses. These are the unfortunate costs of reducing inflation. But a failure to restore price stability would mean far greater pain.”

“In a speech of just 1,300 words, Powell says “price stability” nine times and he builds the case that a strong labor market is predicated on price stability,”  Jeffrey Roach, Chief Economist, LPL Financial, told GOBankingRates. “In essence, Powell is clearly stating that right now, fighting inflation is more important than supporting growth. One glimmer of hope from the Chair’s comments is his view that inflation expectations appear well-anchored.”

In terms of future rate hikes, Powell said that the decision at the September meeting will depend on the totality of the incoming data and the evolving outlook.

“At some point, as the stance of monetary policy tightens further, it likely will become appropriate to slow the pace of increases,” he added.

As was widely expected, in July, the Fed said it will raise interest rates by three-quarters of a percentage point rate in a back-to-back move following June’s historic raise. The new unanimous decision came amid inflation at a 41-year high and fears of a looming recession.

Powell said in a press conference on July 27 that, given the inflation data, said a rate hike was the “appropriate thing to do.”

Edward Moya, Senior Market Analyst, The Americas OANDA, told GOBankingRates that U.S. stocks declined after Powell delivered a short and clear message that they will continue to raise rates and hold them at a higher level until they are confident inflation is under control.

See: Grocery Prices Keep Rising — and It’s Not Just Inflation Propelling Them ‘From Bad to Worse’
Inflation 2022: Has a Rise in Prices Affected Education Spending in the US?

“The market reaction was for rate cuts to get priced further out and a minimal boost for additional pricing to get done before the end of the year,” Moya said. “Powell drove home the point that when they are done raising rates that we should expect them to stay there for a long period of time. There was no dovish pivot, but it seems financial markets are getting close to fully pricing in the remaining Fed rate hikes. Downsides for equities may remain limited if inflation pressures continue to ease sharply.”