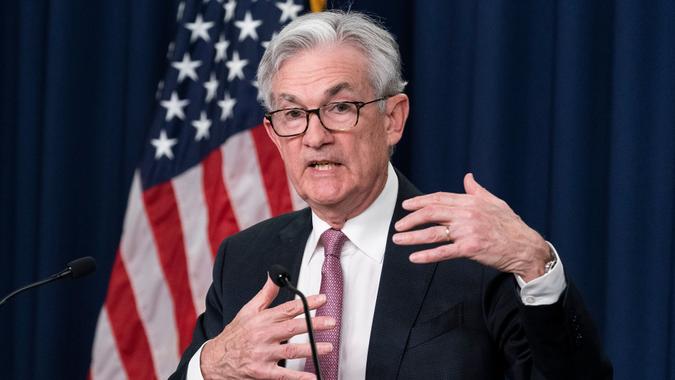 In a widely anticipated move, the Federal Reserve said it will raise interest rates by half a percentage point . It will start reducing its holdings of Treasury securities, and agency debt and agency mortgage-backed securities on June 1.

“The invasion of Ukraine by Russia is causing tremendous human and economic hardship,” the Federal Reserve Board’s Federal Open Market Committee (FOMC) said in a statement May 4. “The implications for the U.S. economy are highly uncertain. The invasion and related events are creating additional upward pressure on inflation and are likely to weigh on economic activity. In addition, COVID-related lockdowns in China are likely to exacerbate supply chain disruptions. The Committee is highly attentive to inflation risks.”

The Wall Street Journal reported that the Fed usually lifts interest rates in quarter-percentage-point increments, with the last instance of raising rates by a half point taking place back in 2000.

The FOMC also said it decided to raise the target range for the federal funds rate to 3/4-1% and “anticipates that ongoing increases in the target range will be appropriate,” according to the statement.

“Inflation is much too high and we understand the hardship it is causing and we are moving expeditiously to bring it back down,” Chair Jerome Powell said at the press conference, according to Bloomberg, adding that there was “a broad sense on the committee that additional 50 basis-point increases should be on the table for the next couple of meetings.”

He added that a larger increase of 75 basis points in the months ahead, is “not something that the committee is actively considering, according to Bloomberg.

Louis Ricci, Head Trader at Emles Advisors, told GOBankingRates that “this was a clearing event after the markets had sold off on the expectation of hikes and a hawkish press conference.” He added that the markets rallied once Powell said the 75 bps was not in consideration, as some traders expected that it could be on the table for this meeting.

Jordan Waldrep, CIO of TrueMark Investments, told GOBankingRates that “given that the Fed is unwinding unprecedented balance sheet levels and extremely easy money over the past decade, the increase was welcomed by the market as the major indices jumped, indicating that both the move and commentary were a step in the right direction for investors concerned with inflation in the economy.”

With U.S. inflation at a 41-year high (and in a highly anticipated move), the Fed had raised rates for the first time since 2018 on Mar. 16 by a quarter percentage point, or 25 basis points.

See: Could Your Savings Account Be Netting You More Money? Get the Best Deal On Your Interest Rate
Find: Former Fed Official Says Odds of Recession ‘Very, Very High’ as Aggressive Moves To Tame Inflation Loom

“While a few people will be priced out of the market due to this interest rate hike, or might take first-time buyer programs or adjustable-rate mortgages, interest rates remain historically low,” she said. “The market will remain strong because there is so much more demand than supply. The problem is not the interest rates, the problem is inventory.”