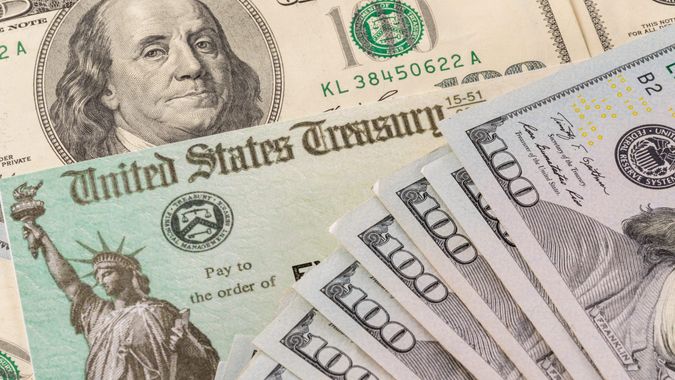 There’s no doubt that stimulus checks have had a positive effect on the U.S. economy during the COVID-19 pandemic, helping pull many Americans out of poverty while giving others more breathing room to pay bills and make purchases. That’s why a number of lawmakers are pushing for President Joe Biden to introduce a fourth stimulus check to complement his $1.8 trillion American Families Plan, which he unveiled this week.

See: Fourth Stimulus Checks Now On the Table – Here’s How You’d Get the Money
Find: 30 Places in America That Are Getting Poorer

Whether that will happen remains uncertain, however, even as many Americans look for indications that another stimulus payment will be forthcoming.

As USA Today reported on Wednesday, Biden hasn’t said publicly whether he will support a fourth stimulus payment, and he didn’t mention one during his address to Congress Wednesday night.

The American Families Plan focuses mainly on child care, paid family leave, education and tax credits rather than direct payments. The federal government has already delivered up to $3,200 in direct payments to each eligible American adult through three previous spending bills, CBS News reported over the weekend. These included $1,200 as part of the Coronavirus Aid Relief and Economic Security (CARES) Act in March 2020; $600 in a December stimulus package; and $1,400 under the American Rescue Plan that Biden signed in March.

But Democrats in both the House and Senate urge Biden to approve a fourth round of stimulus checks to help Americans who continue to struggle financially. An analysis by the Urban-Brookings Tax Policy Center, a nonpartisan think tank, found that a fourth payment might help lift more than seven million Americans out of poverty.

Nearly two dozen Senate Democrats sent a letter to Biden on March 31 urging him to implement recurring stimulus payments, according to Business Insider. Proponents say doing so will provide needed financial relief to Americans who are still having a hard time making ends meet. According to a recent Bankrate survey, around two-thirds of Americans say the latest $1,400 check won’t last them three months.

But as USA Today pointed out, labor and tax experts sound doubtful that future stimulus checks will be included in the next relief package, citing an improving economy and job market.