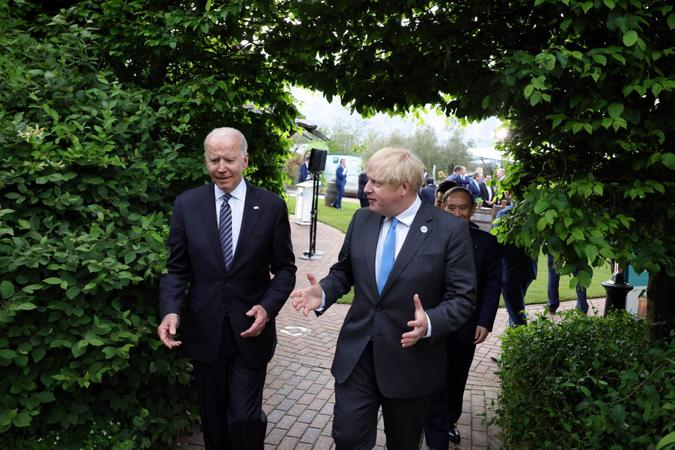 G7 members met in the southwest English county of Cornwall over the weekend. Leaders from Canada, France, Germany, Italy, Japan, the U.S., the U.K. and the European Union gathered in person for the first time since the pandemic. The final communique resulting from that meeting disappointed climate change experts, CNN reported.

Earlier in the summit, leaders set eyes on a net-zero world, with all greenhouse gas emissions removed from the atmosphere, and a greener approach to world issues. While the climate crisis is not typically a main talking point at the G7 summit, CNN reported that leaders agreed that this is the decade that will determine the world’s future.

Leaders made a goal to halve emissions by 2030 from 2010 levels and aim to reach net zero by 2050 at the latest, according to CNN. No individual countries increased commitments to reduce emissions, nor were their goals quantifiable.

According to Catherine Pettengell, interim head of the U.K.’s branch of Climate Action Network, it’s not enough. Pettengell stated that the 2050 goal is 20 years too late and there’s a lack of progress on a climate finance fund, reported CNN.

As per the climate finance fund agreed upon over a decade ago, developed nations were to begin transferring $100 billion a year to developing nations to help them adapt to climate change by 2020. Only $80 billion has been delivered thus far, according to The New York Times.

Summit leaders also declined to pledge substantial new funding to help developing nations manage impacts to the global climate and move away from fossil fuels, the Times reported. President Biden and other leaders said they would provide $2 billion for this initiative.

Hundreds of environmental protesters gathered at the Cornish seaside on Saturday morning, hoping to attract the attention of G7 leaders and media outlets, reported Euronews. However, as CNN reported, G7 meetings are known for bold promises that are often broken due to a lack of support from lawmakers in the leaders’ home countries.