Gas Prices 101: How Growing Need for Fuel Surcharges Affects Businesses (and You) 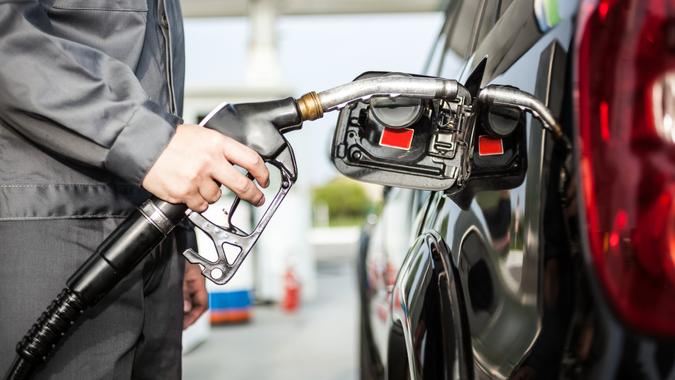 Get ready to hear a lot more about fuel surcharges in the coming weeks as businesses ranging from trucking companies and airlines to rideshare services tack on extra fees to deal with surging gas prices.

How does this impact you? It’s simple, really: You’ll be paying extra for certain goods and services.

Uber and Lyft have both announced plans to add temporary surcharges to deal with the rise in gas prices, NPR reported. This means riders will be charged a little more than normal.

Uber customers will reportedly pay a surcharge of either $0.45 or $0.55 on each trip, while Uber Eats deliveries will include a charge of $0.35 or $0.45 on each order, depending on the location. Drivers will receive 100% of that money directly, Uber officials said.

Lyft didn’t offer specifics on how much more riders will pay on future trips, though the company said drivers will get all of the surcharge money.

International airlines are also either considering or implementing higher fuel surcharges that will be added to ticket prices, the Washington Post reported. So far no U.S. carriers have announced new surcharges for domestic flights, though American Airlines does pass on fuel surcharges on its British Airways and Iberia flights, according to the UpgradedPoints website.

Gas Apps: Could Save You Money as Oil Prices Continue to Surge
Cheap Gas: Why Does Costco Have Lower Prices Than Other Stations?

Meanwhile, the OOIDA Foundation, an affiliate of the Owner-Operator Independent Drivers Association, recommends that owner-operator truck drivers begin implementing fuel surcharges to help them deal with high diesel prices, according to the Land Line website. These surcharges are paid by trucking customers such as retail chains, which typically pass the costs along in the form of higher prices for consumers.

“Customers really don’t want to hear it, but fuel prices are going through the roof so we’re having to charge more,” John Migliorini, vice president of Lakeville Trucking in Rochester, N.Y., told the WaPo. “What choice do we have? I’ve never seen prices jump this high, this fast.”