Pain at the Pump: Gas Prices Breach $4 Mark and Continue To Rise 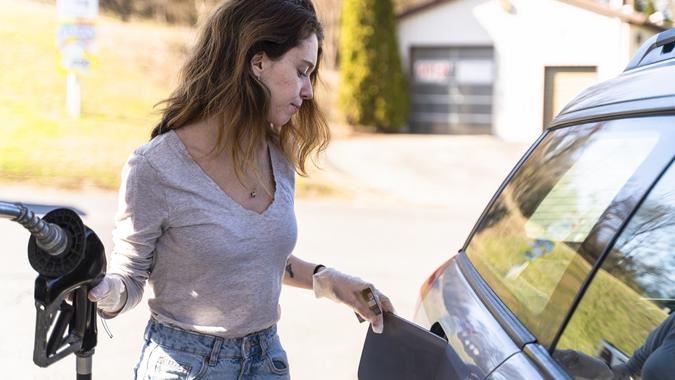 America’s worst fears about gasoline prices have come true ahead of the spring and summer travel seasons, as prices at the pump surged above $4 a gallon over the weekend and continued to rise Monday morning.

Gas Prices: What the 9/10 Appendage Means and How It Impacts Your Wallet
Find Out: How Much You Can Save Annually by Becoming a One-Car Family

As those figures show, gasoline prices have been rising steadily over the last year amid global supply-chain disruptions and a refusal on the part of leading oil producers such as OPEC to release more reserves. Russia’s invasion of Ukraine has put even more pressure on global oil markets.

DeHaan said in a tweet that the national gasoline average could hit $4.10 a gallon by Tuesday, which would put it close to the record high of $4.11 set in July 2008, USA Today reported.

The price spike probably won’t end there, either. GasBuddy projects that the average price will reach $4.25 a gallon by May and probably stay above $4 until at least November.

The current national average is a bargain compared to what consumers in some states pay — particularly those on the West Coast. California’s average was $5.343 a gallon early Monday, according to AAA. In Hawaii the average was $4.699, and in Nevada it was $4.590. Oregon, Washington and Alaska also had average prices of $4.40 or higher.

The cheapest prices — at $3.750 a gallon or lower — were largely concentrated in the Midwest and prairie states.

See: White House Considers Federal Gas Tax Holiday as Oil Prices Approach $100 a Barrel
Read: How Filling Up on Specific Days Could Save You $100 Annually

Gas prices have shot higher even after the International Energy Agency, which includes the United States and other major economies, recently said it will deploy 60 million barrels of oil stockpiles to help ease oil prices that have surged above $100 a barrel.