Gas Prices Have Doubled This Year – What Can Biden Do to Cut Costs? 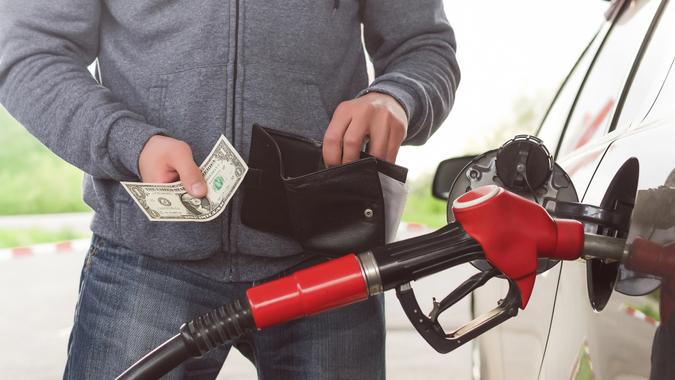 Gas prices have risen by approximately 50% in 2021, now averaging $3.38 per gallon, CNBC reported today. These prices surpass pre-pandemic levels and combined with inflationary prices on food and other items right now, the increase is hitting Americans’ wallets hard.

Global oil prices have also surged by 70% this year as a result of increased demand as travelers took to the roads and workers returned to offices after the height of the pandemic. U.S. oil production has dropped below pre-pandemic levels, while OPEC and allies are keeping barrels of the global market, further contributing to a lack of supply.

Although the Biden administration has said it will use “every tool at its disposal to curb rising energy prices,” there aren’t many solutions available, CNBC reports. The U.S. Department of Energy told the news site that there are “no immediate plans” to tap into emergency oil reserves or limit exports.

The White House has acknowledged it has few options. “There are limitations to what any president can do, as it relates to gas prices,” Press Secretary Jen Psaki said last week.

The majority of the country’s inflation concerns relate to food and energy, with the year-over-year price gain hitting 5.4% in September. Take away food and energy from the equation, and the gain was 4% — double what the Fed considers normal. However, higher than usual inflation rates could halt the economic recovery expected for 2022.

Can a Change in Environmental Policies Help?

In early 2021, President Joe Biden paused oil drilling on federal lands and in federal waters and canceled a permit for the Keystone XL pipeline. A judge overturned the drilling ban but the White House is appealing the decision. Even so, federal land won’t be available for drilling until next year, when the government will again lease land to drilling companies. The Bureau of Land Management canceled quarterly lease auctions for 2021 as Biden called for a “comprehensive review of the program,” according to CNBC.

See: Rental Car Costs Up 43% and 11 More Inflationary Increases You May Not Have Noticed
Find: 50 Most Environmentally Friendly and Affordable Vehicles

Thirteen energy-producing states, including Louisiana, Texas, and Utah, are suing the federal government over the drilling ban. Meanwhile, voters are blaming the U.S. government for inflation.

“Politically speaking, Democrats need the economy to be going as well as it can,” Stephen Myrow, managing partner of Beacon Policy Advisors and a former Treasury official told CNBC.

“At the same time, [Biden] has prioritized climate change and clean energy, and inevitably there’s conflict between those priorities.”