Gas Prices: What’s Behind the Mystery Gasoline Surcharge in California? 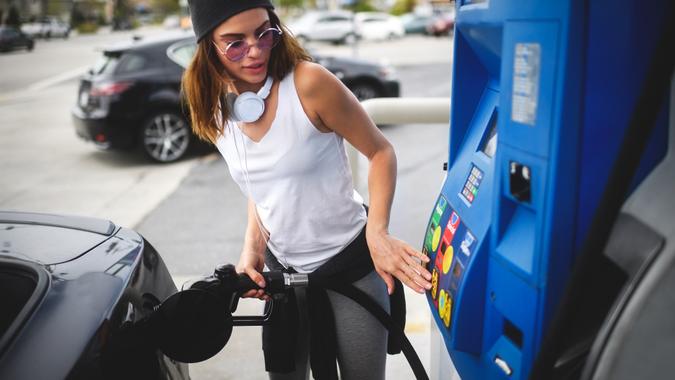 California is one of just two states experiencing gas prices over $5 per gallon, based on current AAA statistics. The same factors driving oil prices up in California, including sanctions on Russian oil and increased demand as travel ramps up following the pandemic, are affecting economics in the rest of the U.S. as well.

Californians are also grappling with other factors, including one that UC Berkely energy economist Severin Borenstein has dubbed the “Mystery Gasoline Surcharge.”

Back in 2018, Borenstein attributed some of the higher gas costs in California to higher taxes, including a 12-cent per gallon increase introduced in 2017. Local taxes account for another 3 cents per gallon in some regions, Borenstein wrote. Other taxes, mostly focused on environmental sustainability efforts, add up to about 14 cents more. And California’s “low carbon fuel standard,” which costs more to produce, could add another 10 cents per gallon.

But it’s more than just taxes that affect gas prices, and some factors vary wildly from station to station. While these elements affect gas prices in every state, they are more obvious — drivers might even say painfully obvious — in California where prices are already so high.

Apart from supply and demand and taxes, what affects gas prices? And how can you find the lowest prices?

While property prices vary regionally, they can also vary from block to block. A gas station that drivers can reach easily, without making a u-turn or going out of their way, will attract more business than one across the road. Therefore, the gas station owner will pay a premium for a highly coveted, easy-to-reach location. Not only are operational costs higher at the more desirable station, but demand is higher, too, resulting in higher gas prices.

Just as you’d pay more for Nike Air sneakers than you would for a less popular brand, certain gas stations have name brand recognition that can justify higher prices because consumers are willing to pay more. In California, branded stations can charge 23 cents more than their unbranded or lesser known counterparts, according to the LA Times. The difference in other states is just seven cents, Borenstein told the publication.

“If people were to shop around more and go to those off-brand stations,” Borenstein said, “it would put pressure on the branded stations to lower their price. But Californians seem less willing to do that.”