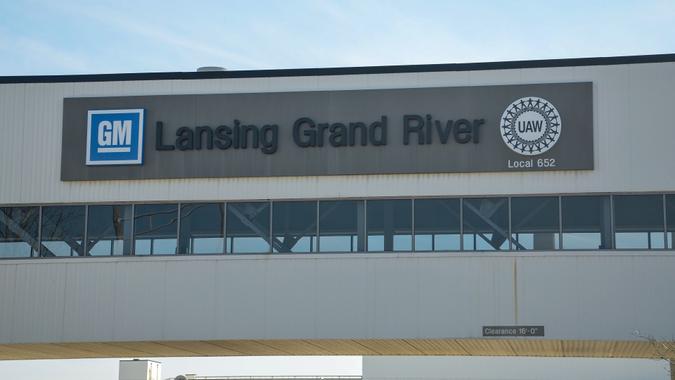 General Motors has announced that it will stop production in nearly all North America assembly plants beginning on Labor Day, USA Today reported. With the vast shortage of semiconductor chips caused by the pandemic, GM cannot obtain these crucial parts to make most of their vehicles.

This is not the first time GM has stopped production, though. The motor vehicle manufacturer also stopped assembly lines for a week in July, and again in mid-August, Vox Recode reported.

GM will continue to run its assembly plants in Arlington, Texas; Flint, Michigan; Bowling Green, Kentucky; and parts of the Lansing Grand River assembly line in Michigan. These plants build full-size SUVs, heavy-duty pickups, Corvettes, Camaros and Cadillac Blackwing cars — in essence, the company’s luxury, niche and more costly vehicles. All other plants will shut down, according to the report.

GM spokesperson Dan Flores told USA Today, “All the announcements we made today are related to the chips shortage, the only plant down that’s not related to that, is Orion Assembly.” Orion Assembly manufactures GM’s Chevy Bolt electric vehicle, which was recently recalled due to fire risks. Flores said that GM is managing the situation “on a day-to-day basis,” revealing plans to restart production at some of the facilities by mid-to-late September.

Related: If Approved, Western Digital-Kioxia Merger Would Shake Up the Global Chip Industry

Semiconductor chips, or microchips, play a crucial role in the “brains” of most electronic and motorized devices today, including cars, TV screens, smartphones, computers and any “smart” devices around homes, such as locks and thermostats. Roughly 75% of all microchips are manufactured in Asia, writes CBS News.

When the global pandemic halted many supply chains, U.S. manufacturers faced challenges getting the chips they needed. The lack of supply coupled with increased demand for smartphones and computers, including laptops and netbooks for students engaged in distance learning during the pandemic and employees working remotely, has exacerbated the chip shortage. Experts at Intel told Vox that production may not begin to meet demand until the end of 2023.

As people returned to work and travel, often seeking new cars to do so, the chip shortage started affecting the supply — and pricing — of new motor vehicles.

Flores told USA Today that GM plans to repair and ship unfinished vehicles to help dealers meet “strong consumer demand.” Prior to the most recent shutdowns, the company had focused on manufacturing vehicles and stopping just short of parts requiring chips.

Supply chain experts are predicting continued price hikes of up to 10% to 15% for affected products, including laptops and motor vehicles, Vox reports.