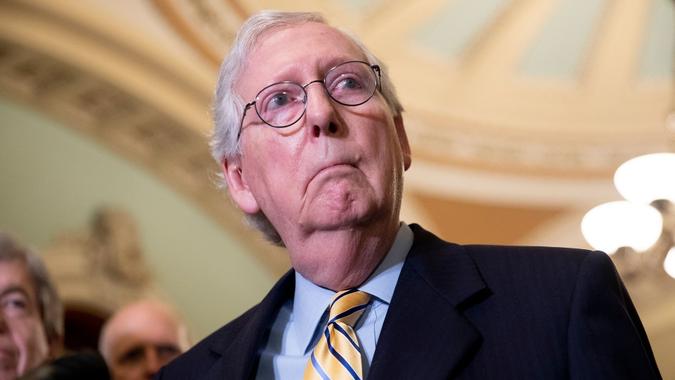 Congress reached a deal on temporary government funding via a new bill passed just hours ahead of the Dec. 3 deadline to avoid a government shutdown. The House is expected to pass the legislation on the afternoon of Dec. 2, legislation which would fund the government through February 18, 2022, per House Appropriations Committee Chair Rosa DeLauro.

Although the temporary funding may provide relief for the overall economy — and to hundreds of thousands of federal employees — Senate negotiations could still pose a risk to conflict-free passage of the bill. A handful of senators have already threatened to delay the legislation in opposition of the Biden administration’s vaccine mandate concerning private sector employees.

Senate Minority Leader Mitch McConnell opposes the push within his caucus to delay the funding bill. On Dec. 2, he told Fox News he does not think “shutting down the government over this issue is going to get an outcome,” noting the mandate has hit a wall in federal courts, per CNBC.

“We’re not going to shut the government down,” he said. “That makes no sense for anyone. Almost no one on either side thinks that’s a good idea.” McConnell’s comments may reassure markets that have been significantly rattled over news of the emerging Omicron coronavirus variant. Global markets tumbled last week on fears related to the Omicron variant, and the potential threat of a government shutdown would likely only depress markets further.

The potential vaccine mandate at the center of the Senate debate would require enterprises employing 100 or more workers to ensure that their employees are fully vaccinated against COVID-19 — or that employees undergo regular testing, as well as wear masks when present in the workplace.

Regardless of any push by lawmakers, a federal appeals court has already placed a temporary block on the mandate going into effect.

Should the stopgap bill pass, Congress will then move to approve full-year appropriations legislation before the Feb. 18, 2022, deadline.