Government Shutdown 2021: These Services Will Be Inaccessible If Debt Ceiling Isn’t Raised by Dec. 15 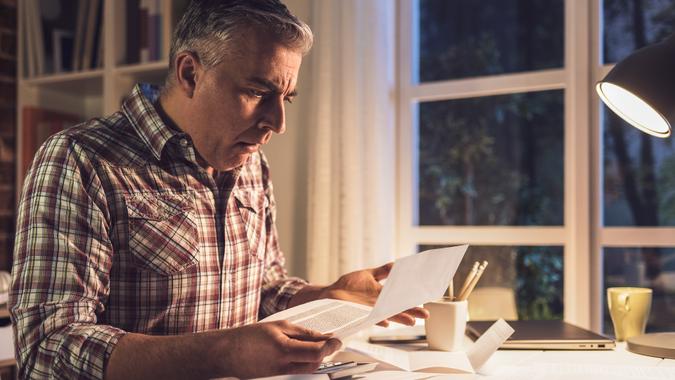 In spite of the December 15, 2021 deadline for Congress to extend the debt ceiling, it doesn’t look like an agreement will be reached.

Of course, the government has options, as reported by The Hill. Senate Majority Leader Chuck Schumer could lead a filibuster for a week until the legislation passes using the budget reconciliation process, which requires a simple majority vote. Senate Minority Leader Mitch McConnell could also elicit the 10 Republican votes required to pass the legislation.

If neither scenario occurs, however, the federal government will be in default of its debt, without enough funding to run the country, and many programs and services could shut down. But which services will close in the event of a government shutdown? And how will it affect average Americans?

Services and Benefits That Will Continue Throughout a Shutdown

First, it’s important to look at what services and benefits will continue. These include:

Additionally, military personnel on active duty will continue to report and will receive their payments. However, the Department of Defense said it would reduce its civilian workforce by 55%, according to ABC News.

When talk of a government shutdown first emerged in September, ABC News reported that the government could furlough as many as 2.1 million civilian federal employees. They would be sent home or asked to work without pay. Those who worked without pay would receive backpay once the shutdown ended.

With federal employees furloughed, there is a long list of services that won’t be accessible if the government shuts down on December 15.

VA call centers and hotlines may be inaccessible, and it may not be possible to reach a worker regarding questions or claims through the Veterans Benefits Administration.

Federal loans to small businesses will no longer be processed during a shutdown. With so many small business owners still recovering from business shutdowns during the pandemic, this loss of access to as much as $1 billion per month in funding to small businesses could slow the economic recovery the U.S. is currently experiencing.

Additionally, The Federal Housing Administration (FHA) also stops approving housing loan applications during a shutdown. Prospective homebuyers awaiting approval on an FHA loan would experience delays and may need to pursue other avenues to get a mortgage or risk losing their dream home to another buyer.

Medical Research, the FDA and the CDC

ABC News reported that the Centers for Disease Control and Prevention (CDC), U.S. Food and Drug Administration (FDA) and National Institutes of Health (NIH) would furlough 43% of their employees, which could cause significant delays and reduction of services, even though we are still in a pandemic. The agencies would then be responsible for creating their own plans on how to continue crucial operations if funding runs out.

Traditionally, the CDC would have to slow certain services, including flu season surveillance and monitoring, immunization promotions and disease treatment recommendations. Likewise, the NIH would shut down most medical research. The FDA would curtail food safety inspections.

Although Social Security benefits would be paid, no Social Security cards or replacement Medicare cards would be issued in the event of a shutdown. Benefit verification will stop, and there might be delays in processing new claims. Reduction in the Transportation Security Administration (TSA) workforce could lead to travel delays at airports, as well. Considering that airlines are already recommending people arrive up to three hours before flight time due to pandemic related delays, a shutdown could add more hassles to holiday travel.

ABC News said that national parks and Smithsonian museums will close during a government shutdown this time around. During the 2018-2019 shutdown, some of these facilities remained open, but without visitor services. These national sites experienced vandalism, littering and damage as a result, so it’s unlikely national parks will remain open if the government shuts down in December.