Government Shutdown 2021: Will SNAP Benefits for December Be Paid Without Debt Ceiling Extension? 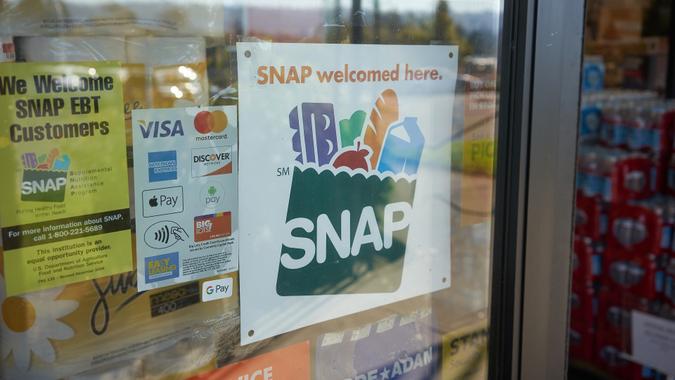 Congress is running out of time to avoid a government shutdown. Lawmakers have until the Dec. 3 deadline to raise the debt ceiling before the U.S. defaults on its debt (although the estimate has recently been revised to Dec. 15 by Treasury Secretary Janet Yellen). Many are questioning whether a government shutdown will impact December federal benefits, especially those who depend on payments to pay bills, buy food and other necessities, and secure healthcare.

This has been especially troubling for families that rely on the Supplemental Nutrition Assistance Program (SNAP), which is the nation’s most essential anti-hunger program. Roughly 42 million families depend on the SNAP program to feed their households, according to the latest government data. SNAP benefit amounts are updated each year based on the cost of the Thrifty Food Plan, one of four USDA-designed food plans that estimate the cost of a healthy diet across various price points.

Beneficiaries of SNAP and child nutrition do face a major risk if a government shutdown occurs, primarily because of the program’s funding structure, according to the Center on Budget and Policy Priorities. This was evident after the month-long shutdown in December 2018.

The Department of Agriculture asked states to issue February 2019 SNAP benefits prematurely. If the shutdown had continued, the USDA had suggested that SNAP benefits would have fallen short by about half for March 2019 benefits. In addition, 5 million SNAP households experienced a gap of more than 40 days between monthly payments.

However, there are protections in place to ensure that SNAP benefits go out in the event of a shutdown, at least temporarily.

The USDA Food and Nutrition Service does have a contingency plan in the event of a shutdown due to a lapse in appropriations. The plan calls for the continuation of essential federal activities and funding, such as SNAP, but this plan only covers a few days after the shutdown begins.

In a letter to lawmakers earlier in November, Treasury Secretary Janet Yellen wrote that the federal government has until Dec. 15 to pay its bills. After that, there are “scenarios in which Treasury would be left with insufficient remaining resources to continue to finance the operations of the U.S. government beyond this date.”

Government Shutdown 2021: These Services Will Be Inaccessible If Debt Ceiling Isn’t Raised by Dec. 15
Learn: How Social Security, Wage Hikes and SNAP Will Alleviate Inflation in 2022

Both parties must come to an agreement on a stopgap measure by Dec. 3 to continue funding federal operations.