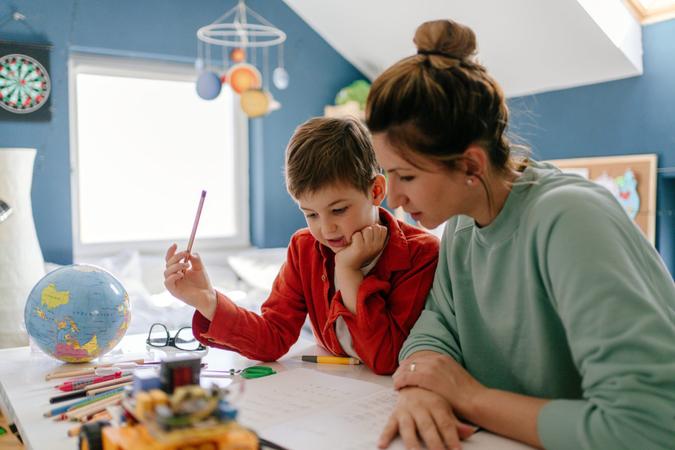 While working parents were hoping the 2021-22 school year would be easier than the last as the vaccine rollout progressed, more than half of them are at their breaking point as the pandemic lingers and variants continue to spread, according to a new survey.

The survey, conducted by Indeed, finds that 54% of working parents believe the level of uncertainty surrounding school and childcare over the last 18 months is no longer sustainable for them. In addition, seven in 10 of them say if the situation persists, one parent may need to leave the workforce.

With the Delta variant on the rise, which forced many schools to close, the survey finds that 65% of those who have children with the option of learning remotely this year have opted to go that route, with 94% of these parents saying they will send their kids back to in-person school only once the vaccine becomes available to all age groups.

The survey notes, however, that not everyone is given a choice — three in 10 working parents say their children’s school is not offering a remote learning option this school year. Respondents whose children attend private schools were 35% more likely than parents of children who attend public schools to say that they are being offered a remote learning option.

Another key finding notes that parents are extremely concerned about the disease, with 43% of the parents saying they are either “terrified” or “very worried” that their children will catch the Delta variant of COVID-19.

Another concern for working parents is the impact of remote learning on their job. Indeed, 76% of working parents predict that their children’s school will shut down or pivot to remote learning entirely at some point this school year due to coronavirus outbreaks. Another 73% say that even if their child stays healthy, they will likely have to miss a week or more of school at some point during the year due to COVID-19 exposure and quarantine protocols.

In turn, 69% of working parents say that helping their kids with remote learning negatively impacts their work performance, with 56% worried that the impact could be severe enough that their job is in jeopardy.

Many parents also say that childcare is even harder to secure now than it was before the pandemic, with only 51% saying they have someone available who they can trust to help with childcare or remote learning in the event of a quarantine event. The other half would have to either help their kids with school while working or take time off from work.

Unsurprisingly, women were 57% more likely than men to say they would have to take time off. Women have indeed suffered the majority of pandemic-related job losses, as evidenced by women’s labor force participation rate, which is at 56% — its lowest level since 1987, according to Federal Reserve data.

Another interesting finding is that not all industries fared the same — some proved especially challenging for working parents.

See: The Cost To Own a 3-Bedroom Home in Every State
Find: 5 Bulk Food Items You Need To Be Buying at Costco This Fall

Respondents in the accounting industry were 36% more likely than average to worry they will be terminated from their jobs due to problems caused by childcare lapses.

In addition, sales professionals were 63% more likely than average to say it is highly probable either they or their partner will need to exit the workforce if childcare uncertainty continues into 2022.