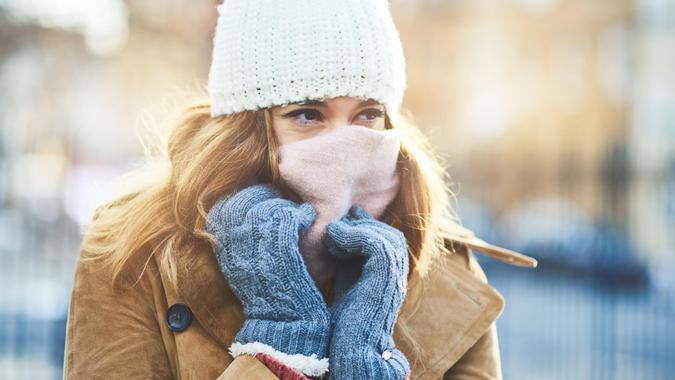 Natural gas prices in the United States hit their highest point in seven years this week just as the weather is getting ready to cool off in much of the country — a development that will bring no joy to Americans already battling higher inflation ahead of the holiday shopping season.

See: Petition for 4th Stimulus of $2,000 Monthly Payments Reaches 2.9 Million Signatures
Find: 8.5 Million Tax Refunds Have Yet to Be Sent — What to Do If You Haven’t Received Yours

Prices for natural gas closed at $5.90 per million British thermal units on Tuesday, CNN reported, which is the highest since 2014. Prices have risen more than 180% over the last year. Roughly half of U.S. households use natural gas to heat their homes and water, according to the U.S. Energy Information Administration.

The skyrocketing prices could be especially problematic if the country gets hit with an early frost or unseasonably cold temperatures before the official start of winter on Dec. 21.

See: 11 Social Security Mistakes That Can Cost You a Fortune
Find: How to Use The Child Tax Credit Direct Deposit Portal

If you’re worried about the combination of high natural gas prices and a cold winter, then don’t read the Old Farmer’s Almanac. Here’s what it predicts: “This winter will be punctuated by positively bone-chilling, below-average temperatures across most of the United States.”

Janice Stillman, editor of the Old Farmer’s Almanac, added that the coming winter “could well be one of the longest and coldest that we’ve seen in years.”

The surging natural gas prices are due to a combination of factors, the Financial Times reported: less drilling by U.S. shale producers, supply disruptions following hurricanes in the Gulf of Mexico and fast-rising demand.

See: What Happens to Social Security When You Die?
Find: 25 Best Startup Business Ideas to Make Money in 2021

Oil and gas prices have risen so high that they’ve even caught the attention of President Joe Biden, who earlier this month called for an investigation into why average gasoline prices have risen nearly 50% over the past year.

For consumers, high natural gas prices represent one more escalating cost in a season full of them. As GOBankingRates reported earlier this week, officials at Costco, Nike, FedEx and other major brands warned that continued supply chain problems could lead to even higher inflation as the holidays approach.

Meanwhile, those problems — coupled with more people working remotely during the COVID-19 pandemic — have pushed prices higher for household staples such as coffee, tea, pet food and Lunchables.