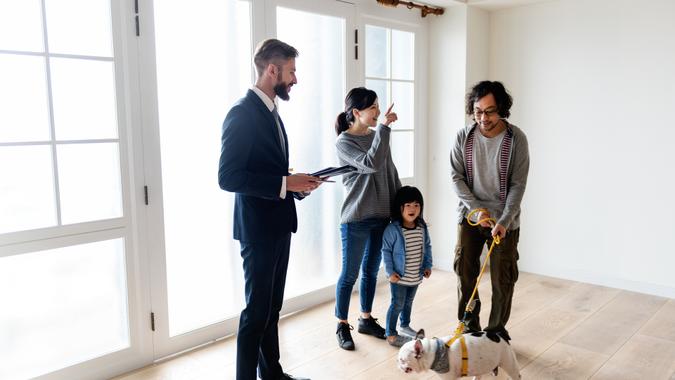 Evolving generational differences are having a big impact on homeownership and insurance usage in the U.S., with millennials and the youngest portion of Gen X experiencing significant delays in homeownership due to the Great Recession, according to a new study. In addition, out-of-state migration patterns — partially driven by the COVID-19 pandemic — pose risks to insurance providers’ bottom lines as consumer preferences and needs are evolving, the study found.

Discover: 10 Walmart Brands With the Best Bargains in May
More: Cash App Borrow: How To Borrow Money on Cash App

The new TransUnion study, released May 11, found that Gen Z and millennials are currently moving at higher rates than members of Gen X and baby boomers. In fact, millennials now drive most first-time home purchases, accounting for more than half of purchase originations at the end of 2021, per study data.

Michelle Jackson, senior director of TransUnion’s personal property and casualty insurance business, told GOBankingRates that the trend is due to consumers generally tending to move more frequently in their younger years.

“However, work from home flexibility, initially out of necessity from the pandemic, has continued with many companies shifting to more permanent hybrid or fully remote models,” Jackson said. “With the ability, in some cases, to work from anywhere, consumers are making decisions on where to live based on factors beyond proximity to their office.”

Jackson added that the recession had a significant impact on wages and savings and that millennials, in particular, have spent a better part of their adult life in economic uncertainty, as many entered the workforce during the recession and subsequently reached prime earning and home buying years during a global pandemic.

“Coupled with delaying other significant life decisions, such as marriage and having children, this has resulted in a delay in the need to purchase a home and settle down,” she said.

In turn, these generations are taking a different approach to engaging with their insurance providers and expect services and counsel beyond basic coverage of their homes, the study notes. “Increasingly, people want them to serve as trusted advisors and partners who can help avoid losses in the first place,” Jackson said.

TransUnion found that these groups expect digital shopping experiences as they compare policies and prices. In addition, millennials and younger members of Gen X are exhibiting a desire for more frequent engagement with their insurers for annual coverage reviews, as well as more meaningful engagement — such as auto and home safety tips, maintenance reminders or information about how to protect themselves against digital threats or identity theft — Jackson said.

By contrast, boomers indicated they prefer not to hear from their insurer unless they reach out first, the study found.

“Older generations were largely influenced by brand loyalty. Loyalty from younger generations is not as easy to win, and they are constantly seeking out value, advice and a seamless experience,” Jackson said.

She added that younger generations are increasingly more financially savvy and will likely continue to seek more value from their insurers, particularly in light of rising costs. For example, she said that consumers are showing more willingness to share driving data in exchange for lower premiums, so having a pay-per-mile or telematics program available is important.

“Consumers are also looking for more information or advice on how to protect their home and belongings, and with the proliferation of smart home devices, insurers should be looking for ways to capitalize on the use of connected devices,” she added.

Increasing migration is driven, at least partially, by people leaving large cities during the pandemic — but also by a desire for a more affordable cost of living, the study notes. In turn, this has implications both for insurers — who may be at risk losing customers who move out of state — as well as for consumers, as many of them are moving to southern regions that are more prone to severe weather, making it difficult to attain new policies that offer sufficient coverage at an affordable price.

Jackson said that as consumers flock to states such as Florida, Texas and North Carolina, they will need to pay attention to the total cost of ownership beyond market price.

“The cost to update, maintain or, in certain cases, install protective devices like impact-resistant windows or water detectors, may become necessary to qualify for insurance coverage,” she said.