How the Anticipated Recession Compares to Past Cycles 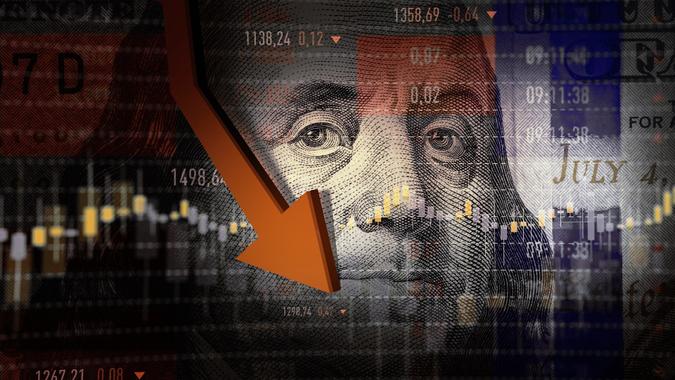 The sudden rise of the coronavirus pandemic in early 2020 immediately plunged the U.S. into a recession. The GDP rate in Q2 2020 fell by a whopping 9.5% in the United States.

However, the economy reversed itself almost immediately. Unemployment rates began to fall, stock markets recovered, and Q3 2020 GDP skyrocketed 33.1%. This made the 2020 recovery the quickest on record.

The following year showed amazing growth as well, with annual GDP growth of 10.1% and the S&P 500 returning 26.9% to investors. But thus far, things have changed dramatically in 2022. For starters, inflation hit an annual run rate of 8.5% in March 2022, the highest reading since 1981. In response, the Federal Reserve Board has begun an interest rate tightening cycle that most expect to last throughout 2022, and possibly beyond. As of May 2022, the fed funds rate already has been raised by 0.75%, and some predictions see seven more raises yet to come.

The economy may be able to handle rising inflation and interest rates in the midst of a big expansion, but some say the economy is already on an unstoppable path to recession. U.S. GDP fell by 1.4% in Q1, following a 6.9% gain in Q4 2021. But nothing is inevitable, and recessions are often declared only after they have occurred.

To get a feeling for what a potential recession may be like in 2022, here’s a look at three historical U.S. recessions, along with a description of the economic conditions at the time. Some have similarities to today’s economy, while others are completely different.

The so-called “Great Recession” from 2007 to 2009 was primarily triggered by a collapsing housing market. Prices had gotten incredibly inflated, and the inevitable bubble popping brought a wave of foreclosures and bankruptcies across the country, dragging down the stock market and sinking the country into a deep recession.

On the surface, there seem to be some similarities between the Great Recession and the current economic environment. Housing prices have spiked seemingly out of control, and homes are now among the most unaffordable that they have ever been. But there’s a key difference between the housing market of 2008 and that of 2022, and that key is mortgage underwriting.

In 2008, essentially anyone with a pulse could qualify for a mortgage loan. The popular “no-doc” loans of the time meant that buyers didn’t have to verify their income or supply much at all by way of financial documentation and mortgage lenders still would approve them for loans.

A large percentage of these no-doc loans targeted the subprime market, driving up the total percentage of subprime loans from a typical 8% to over 20%. Additionally, the percentage of loans that were interest-only shot up even more, from 2% in 2003 to 20% in 2005. When the rates on those loans adjusted higher, a vast number of no-doc mortgage holders could no longer make their payments.

By contrast, today’s housing market, while no doubt frothy, is backed by the solid economic principle of supply and demand. The housing market has been undersupplied for years, and shifts in work and leisure habits triggered by the pandemic have driven up housing demand. When combined with the strict underwriting standards implemented after the Great Recession, the housing market may cool but seems unlikely to crash.

The Nixon Recession in 1969-70 is one of the “garden variety” American recessions that seems somewhat similar to the state of today’s economy. Although other factors were at play during President Richard Nixon’s time, including wage-price controls and the elimination of the gold standard, economically speaking, conditions were somewhat similar.

Although the “lost decade” of the 1970s — during which the U.S. endured tough economic times, including oil shocks, the Vietnam War and a flat-to-down stock market — is unlikely to repeat, there is a risk.

As of May 2022, those fears are very real, as the economy shrank in Q1 and inflation remains out of control. Toss in existing high energy prices, labor shortage and supply bottlenecks and, according to the experts at Hartford Funds, stagflation fears are very real. But the firm’s base-case policy, along with those of many other pundits, is that low unemployment rates coupled with strong consumer demand will help keep the U.S. economy from tipping into stagflation.

The world was a much different place in 1980 than it is in 2022, but some of the bullet points of the 1980s recession are reminiscent of today’s economy. During this period, inflation skyrocketed, ultimately reaching 11.1%, prompting the Fed to slow the economy by raising interest rates.

Energy supplies also were restrained during this period, causing prices to rise, similar to the energy crunch of today that is exacerbated by Russia’s invasion of Ukraine. In fact, the energy and supply chain crunch of 2022 is one of the biggest contributing factors to the high inflation rate, with gasoline alone up close to 50% on a year-over-year basis.

While many differences exist, and the potential 2022 recession would not be a carbon copy of the one in the early 1980s, the end results could be similar. The early ’80s recession lasted six months, with an ultimate GDP decline of 2.2%, making it a fairly mild recession, historically speaking.