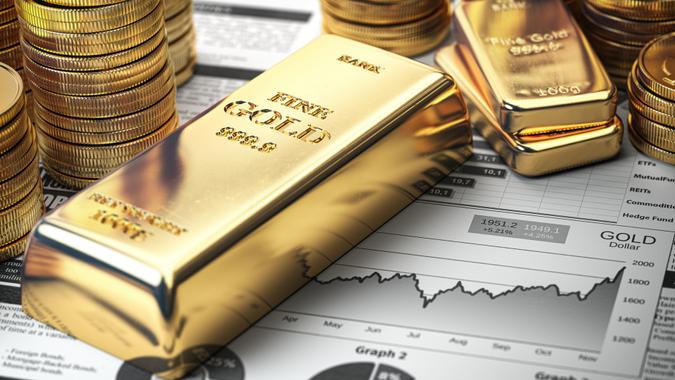 The G7 — which is gathering in Germany during a three-day summit — has announced a ban on Russian gold on June 28, following promises of as much tweeted by several of the group nation’s leaders. The economic sanctions were reported as being “largely symbolic,” according to Bloomberg.

See: 8 Remote Jobs That Pay at Least $20 Per Hour
Find: The Downsides of Retirement That Nobody Talks About

The U.S. Department of the Treasury’s Office of Foreign Assets Control (OFAC) announced that it was implementing the G7 commitments by prohibiting gold imports of Russian Federation origin, with immediate effect, according to a press release.

“As announced at the G7 Summit, the United States is joined in taking action against Russian gold, the country’s biggest non-energy export, by the United Kingdom, Canada, and Japan,” according to the release.

“The United States has imposed unprecedented costs on Putin to deny him the revenue he needs to fund his war against Ukraine. Together, the G7 will announce that we will ban the import of Russian gold, a major export that rakes in tens of billions of dollars for Russia,” President Joe Biden tweeted on June 26.

The official Twitter account for the U.K. Prime Minister’s office tweeted: “Sanctions update: New Russian gold will no longer be allowed to be exported to the UK, US, Japan and Canada — targeting Putin’s war machine. UK import restrictions now apply to over £13.5 billion of Russian exports.”

In a call with reporters, a senior White House official said that gold, after energy, is the second-largest export for Russia and a source of significant revenue for Putin and Russia, according to a transcript of the call.

“The United States Treasury will issue a determination to prohibit the import of new gold into the United States on Tuesday, which will further isolate Russia from the global economy by preventing its participation in the gold market,” the official said.

As for the U.K. announcement, it explains that new exports of Russian gold will no longer be allowed to enter the U.K., Canada, U.S. and Japan thanks to tough new measures to be announced at the G7 Summit “designed to ratchet up the pressure on Putin’s war machine.”

“Gold is a major Russian export, worth £12.6 billion ($15.4 billion) to the Russian economy in 2021. Its value to the Russian elite has also increased in recent months with oligarchs rushing to buy gold bullion in an attempt to avoid the financial impact of western sanctions. London is a major global gold trading hub and UK sanctions, which will be the first of their kind to be implemented against Russia anywhere in the world, will have a huge impact on Putin’s ability to raise funds,” the U.K. statement reads, in part.

According to Edward Moya — senior market analys for the Americas, OANDA — while much attention was given to the news that the G7 would announce a ban on new Russian gold, Western countries have already been limiting their transactions with Russia, so this ban would merely confirm a general trend. He added that, “gold is acting like a surfer and currently paddling through a wave of rising Treasury yields. Gold will ‘pop up’ once Wall Street is convinced they nailed down how high the Fed will take rates and then it can rally on global recession fears,” according to a note sent to GOBankingRates.

Indeed, as Bloomberg reports, while Britain’s government said over the weekend that the measure will have global reach, “analysts played down the potential impacts as the London Bullion Market Association, which sets standards for that market, removed Russian gold refiners from its accredited list in March.”

Bloomberg added that while bullion rose 0.8% on Monday, it then erased much of the gain.

“Prices may have received a little initial support from the news, but most analysts said the sanctions are unlikely to have a longer-term impact,” Bloomberg writers Ranjeetha Pakiam and Eddie Spence added.