How Hard Did COVID-19 Impact the US Economy? 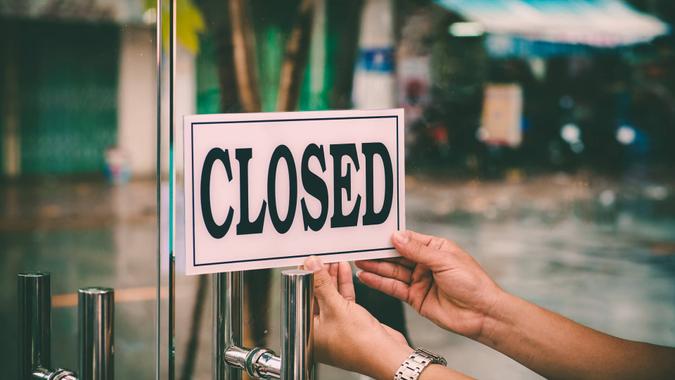 No one could have predicted at the beginning of 2020 that the economy would fall into the worst recession since the Great Depression. Yet, the global coronavirus pandemic caused exactly that, as economies across the world shuttered their businesses and citizens were ordered to stay at home during the depths of the outbreak. In addition to the immense social and physical difficulties this caused, the economic effects were similarly catastrophic. Although the coronavirus hasn’t completely gone away, the effectiveness of the Pfizer, Johnson & Johnson and Moderna vaccines has allowed life in the U.S. to return to some sense of normalcy. Here’s a look at how hard COVID-19 hit the U.S. economy according to various factors.

The Economy and Your Money: All You Need To Know
Follow Along: 31 Days of Living Richer

The most visible effect of COVID-19 on the U.S. economy showed up in the abrupt rise in the unemployment rate. In February 2020, before the pandemic hit the economy, the U.S. unemployment rate sat at a very low 3.5%. By April 2020, it had jumped up to 14.8%, the highest rate since data began being recorded in 1948. Nonfarm payrolls dropped by a staggering 22.1 million jobs just between January 2020 and April 2020. The good news is that after that massive peak in April 2020, the unemployment rate began dropping steadily throughout the rest of the year. From April 2020 to August 2020, for example, the unemployment rate dropped by 6.4 percentage points, to 8.4%, continuing a further drop to 5.8% by May 2021. While still high, the consistent dropping of the rate reflected the slow but steady improvement in the U.S. economy throughout the year.

Read More: How Do We Track Unemployment and Joblessness?

Before the COVID-19 pandemic hit the U.S., the Fed targeted the federal funds rate, or the rate at which banks lent each other money overnight, at 1.5% to 1.75%. In response to the outbreak, the Fed dropped that target to 0% to 0.25% between March 3 and March 16, 2020. Although the fed funds rate doesn’t directly affect consumers, the ripple effect caused by a drop in the fed funds rate can be hugely beneficial. For starters, lower interest rates are typically passed along to consumers in the form of lower interest rates on credit cards, auto loans, home mortgages and other interest-based products. In 2020, this meant that those living on reduced incomes also had fewer interest-based expenses. On the flip side, lower interest rates meant that savers earned lower rates on products like savings accounts and Treasury bills.

Helpful: Understanding Interest Rates — How They Affect You and the US Market
Check Out: What Is Inflation and What Does It Mean When It Goes Up or Down?

In 2020, the U.S. gross domestic product contracted by the most it had since World War II, a span of 74 years. The 2020 drop of 3.5% was the first time the U.S. economy had contracted since the 2007-09 Great Recession. Consumer spending dropped by 3.9%, which may not sound like much but was the worst performance since 1932, in the heart of the Great Depression. As consumer spending comprises a whopping two-thirds of the U.S. economy, the pain that the average American felt spread throughout the economy as a whole.

Learn More: What Is the GDP – and What Does It Have to Do With You?

Part of the reason that the overall economy didn’t fall even further during the coronavirus pandemic was the distribution of numerous stimulus payments by the federal government. In 2020 and 2021, Congress authorized three rounds of stimulus checks for families. The first round of payments authorized $1,200 per qualifying adult, along with $500 per child. The second round of payments authorized $600 for qualifying adults and children alike. The third round boosted those payments to $1,400 per qualifying adult and child, respectively. Various business aid was also provided, including two rounds of Paycheck Protection Program forgivable loans and ongoing COVID-19 Economic Injury Disaster Loans. Other consumer-oriented programs were also enacted, such as a boost and extension to unemployment benefits and a mortgage forbearance program. Combined, all of these payments helped keep both consumers and businesses solvent.