If World Rolls Back Oil Dependency, What Could Happen to Surrounding Financial Market? 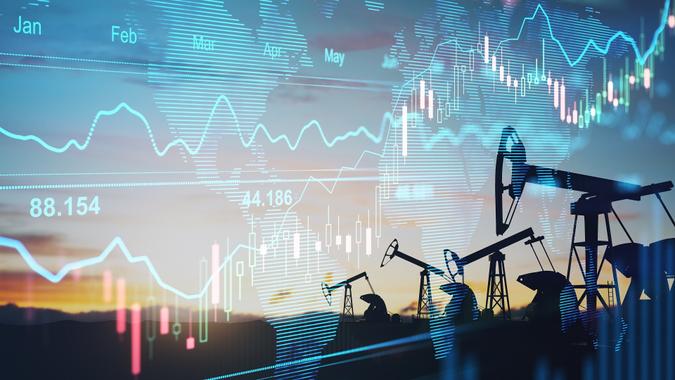 One of the main topics at the COP26 climate summit taking place in Glasgow, Scotland is how to lessen the world’s dependence on oil and other fossil fuels as a way of cutting carbon emissions and offsetting the effects of climate change.

See: Here’s How Much You’d Save on Gas With a Tesla and Other Electric Cars
Find: 15 Environmentally Sustainable Cryptocurrencies To Invest In Right Now

As CNN reported on Sunday, the United Nations’ climate goal of limiting global warming to 1.5 degrees Celsius will require a steep reduction in fossil fuel production. This, in turn, will have a major impact on the oil and gas industry, as well as surrounding financial markets ranging from energy and transportation to manufacturing.

One thing you can expect is oil industry investors to take more of a short-term approach due to uncertainty surrounding the sector’s long-term future.

“People are trying to get their money back earlier, so long-term dislocation becomes less of a risk for them,” Nikos Tsafos, an energy and geopolitics expert at the Center for Strategic and International Studies , told CNN. “They’re not making 10-, 20-year bets.”

In a report this summer, the International Monetary Fund (IMF) said the world could be entering “the last super cycle for oil” because of the commitment by major economies to replace fossil fuels.

Some industries have responded by undergoing a fundamental shift. An example is the auto industry, which has begun to replace internal combustion engine vehicles with electric vehicles. GM looks to get all of its global sales from zero-emission vehicles by 2035, for example, while Volvo eyes 100% of new-vehicle sales to be fully electric by 2030. Investors are keeping a close watch on how this shift impacts production, sales and profits at major auto companies.

There is even more uncertainty surrounding how changes in the oil industry will impact the broader markets.

“This shift will transform the oil market into one consistent with climate goals, but poses a risk of disorderly adjustment for economies dependent on oil, with far-reaching effects that in some cases could spill over their borders,” the IMF said.

Learn: Gas Prices Have Doubled This Year – What Can Biden Do to Cut Costs?
Explore: Why Now Is the Time To Invest In an Electric Vehicle

The adjustment includes a major cutback in oilfield production by extraction and exploration companies, the IMF added. Meanwhile, shale producers have “adopted a noticeably more cautious investment posture” that will curtail the amount of cash flow they put into new investments.