19% of Renters Need To Move Because of Increasing Prices: Here Are the 10 Most Affordable Big Cities 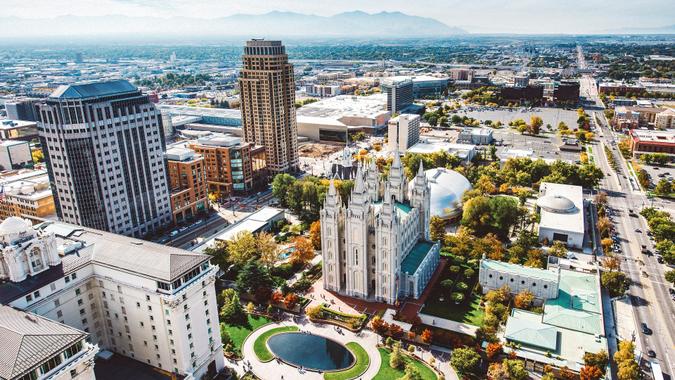 How many people need to move because of rent hikes? In a recent GOBankingRates rent survey, 19% of surveyed renters only said they need to move due to rent increases.

The Future of Finances: Gen Z & How They Relate to Money
See: How Much Cash To Have Stashed at Home at All Times

To help renters out, GOBankingRates referred to data in GoodHire’s 2022’s Most Affordable Places to Live in the U.S. report. This report dug into seven key factors — including wage growth, unemployment rate, job growth, percentage of open jobs, renter affordability, homeowner affordability and real per capita personal income — for U.S. cities with a labor force of more than 150,000 people.

Here are the top 10 most affordable major cities. You may be surprised to see many of these cities are in the same state!

Sioux Falls, South Dakota, received the No. 1 best total score as the most affordable city to live and work in America. Sioux Falls also ranks as No. 2 for the top 10 cities with the highest subscore for affordability metrics.

Reno, Nevada, received the No. 2 best total score as the most affordable city to live and work in America. Reno also ranks as No. 1 for the top 10 cities with the highest subscore for affordability metrics.

Nevada is one of nine states that does not have a state income tax. Similar to South Dakota, Nevada does not collect corporate income tax and has a relatively low sales tax rate. Reno, according to the City of Reno website, has increasing property values, a growing population and a diversifying economy spanning healthcare, startups and technology-based industries.

The state of Utah is mentioned three times in this top 10 list. The third most affordable city in America is Provo which offers “The Provo Advantage,” according to the City of Provo’s website.

Provo strives for excellence in its city and metrics and receives consistent national rankings for job growth, entrepreneurship, affordability and livability.

Madison, Wisconsin, ranks at No. 4 as the most affordable city to live and work in. The city is also in the top 10 U.S. cities with the highest subscore for affordability metrics.

Some appealing aspects of moving to Madison include its growing job market and vibrant cultural hub where individuals of all ages can participate in community activities and events. Madison may be the capital of Wisconsin, but it’s a big city combined with the look and feel of a small college town.

What do you know about “The Star of Alabama,” aka Huntsville, Alabama? As the fifth most affordable city to live and work in, Huntsville is a premier location for business and quality of life.

The Huntsville website says Huntsville is home to several Fortune 500 companies with technology, space and defense industries all having a major presence in the city. Quality of life is also said to be second to none with a variety of educational, recreational and cultural opportunities available to residents.

Rounding out in sixth place of the most affordable cities to live and work in is Charleston, South Carolina. The city boasts more than a friendly populace and fantastic weather. Public and private schools alike thrive in Charleston. The economy is reliable and strong, well above the state average with prominent industries including the military, medical and harbor fields and tourism.

The seventh most affordable city to live and work in is Fayetteville, Arkansas.

Fayetteville is the second largest city in Arkansas. According to its website, the city provides all the resources and culture of a large city while maintaining a quality of life that’s true to its unique heritage. There’s something for everyone in Fayetteville: a thriving, local economy, educated workforce, consistently rising number of jobs and plenty of land to enjoy the great outdoors.

Not able to move to Provo? Try Ogden, Utah! Ranking at No. 8 on the most affordable cities to live and work in, Ogden has been nationally recognized for rapid job growth and low-income inequality.

The city’s downtown area has been especially revitalized with new businesses, housing and public gathering spaces for its residents who are all young, diverse and increasingly well-educated. According to the Ogden website, Ogden is committed to long-term projects that incorporate restaurant and retail spaces, meeting and event facilities and quality neighborhoods.

Those unable to move to Provo or Ogden for an affordable way of life might try Salt Lake City. Ranked in ninth place, Salt Lake City is the capital of Utah and offers something for everyone including a vibrant downtown area, a growing job market and a strong housing market.

Rounding out the top 10 for affordable cities to live and work in is Spartanburg, South Carolina.

Spartanburg prides itself on being a city that is “always doing,” according to its website. This city achieves the goals it sets for itself. It isn’t a city that houses businesses but rather advances them. Spartanburg offers an affordable way of life for everyone at every stage of their life including those just starting families and retirees entering into retirement.