Even as women work tirelessly to erase the inequality that continues to exist, there’s still a great deal of work to be done, with issues like the gender wage gap at the forefront of the conversation. However, it can be easy to forget just how far this country has come in the last century. The political revolution of women’s suffrage in 1920 has been paired with an ongoing economic revolution that is changing the way women and money coexist in America.

In honor of Women’s History Month and International Women’s Day in March, GOBankingRates gathered and analyzed data on income, education, occupations, homeownership and more to highlight some of the most notable ways in which women’s financial lives have changed between 1920 and today. The study demonstrates how society has evolved in the last 100 years, moving from a reality where working women were a relative novelty to one where it’s become the norm.

Discover: States With the Biggest (and Smallest) Gender Pay Gap

Women Are Making More Money in Certain Parts of the U.S. 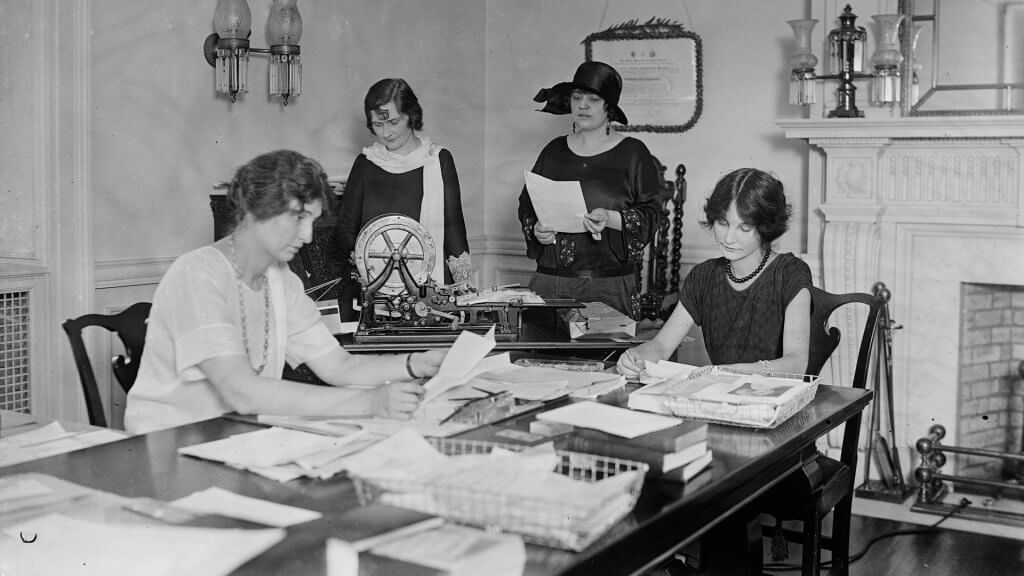 The IRS’ Statistics of Income report for 1920 helps provide some background in terms of how regional differences have shaped the changes in women’s salaries. Comparing the median income in the U.S. Census Bureau’s 2017 American Community Survey to the median income in 1920 — with figures adjusted for inflation to 2019 dollars — generates some surprising results, including the fact that women are actually earning less than they were in 1920 in some states.

This decrease in women’s salaries appears to be a largely regional issue: Alabama, Arkansas, Kentucky, Louisiana and Mississippi are all located in the South and border each other. It’s also notable that these states rank poorly for median income when compared to the rest of the country.

Whatever issues are plaguing female workers in the South aren’t universal, though. In states like Nevada, Washington, North Dakota, Massachusetts and Utah, modern women are earning significantly more than their 1920 counterparts.

There’s no clear case for a regional correlation regarding the increase in women’s salaries, with states on both coasts and as far north as North Dakota and as far south as Utah experiencing growth. The state that saw the greatest improvement in women’s income was North Dakota, where inflation-adjusted wages for women have spiked by 45.8 percent since 1920.

Find Out: How Women Can Close the Gender Wage Gap

Women Are Graduating at Higher Rates Than Men 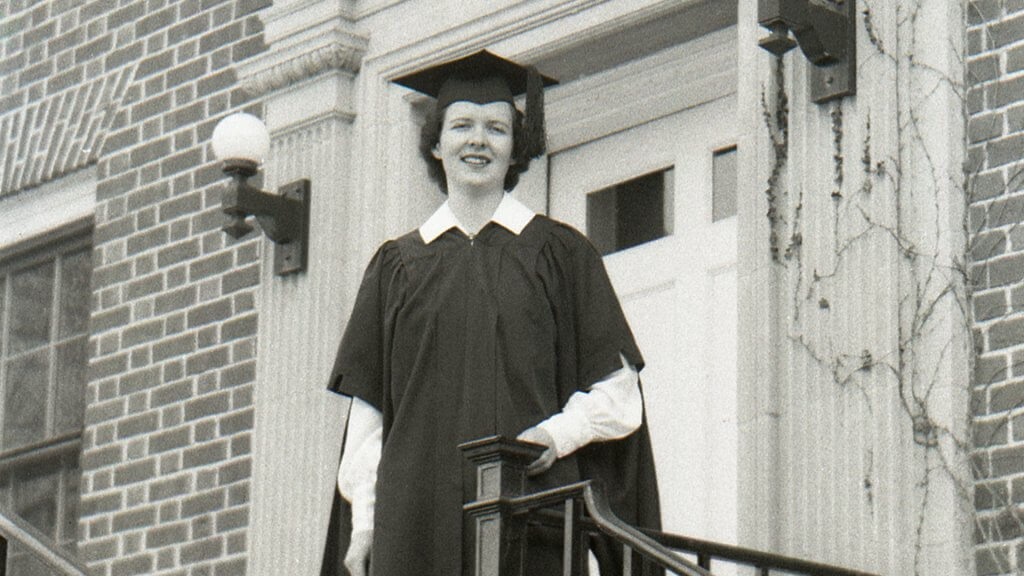 Perhaps no sector of the American economy has seen more inroads made by women than education, where women are now completing high school and achieving four-year degrees at higher rates than men. Nearly 35 percent of women today have a college degree, compared to approximately 26 percent of women who only had a high school diploma in 1940.

While the data from the National Center of Education Statistics only goes back to 1940, it’s still possible to see how drastically the education system has changed in terms of the gender makeup of the student population. Just over a quarter of women finished high school in 1940 and only 3.8 percent attained a bachelor’s degree or higher immediately before America’s entrance into World War II. But those numbers today are 90 percent and 34.6 percent, respectively — arguably speaking to the enormous success of the Title IX legislation passed in 1972.

The Number of Working Women Has Skyrocketed

Notably, women are not working in the service industries at nearly the same rates as they once did. The job categories of professional service, domestic and personal service and clerical occupation represented a combined 54.2 percent of women in the workforce as of 1920. Cut to 2017, and those three groups have been rolled into a single “professional service” category that accounts for just 10 percent of female workers.

Meanwhile, other umbrella categories have seen a massive influx of women. Women working in trade represented just 15.7 percent of the workforce in 1920 compared to 45.4 percent today, and public service has seen its percentage of female workers climb from 2.8 percent to 44.1 percent.

See Where: Women Are ‘Taking Over’ the Job Market in These 20 Cities

Women Are Realizing Dreams of Homeownership 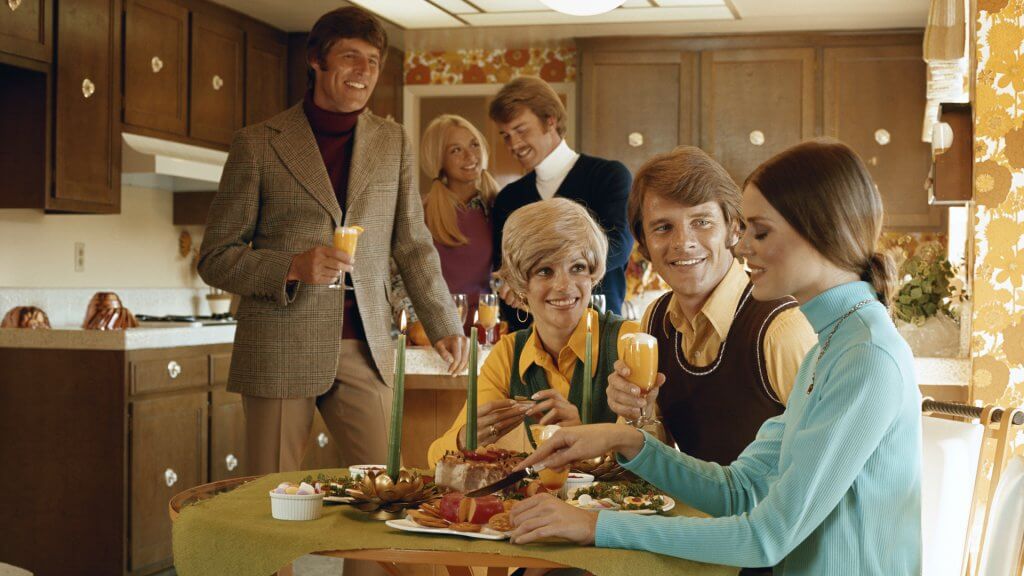 Although the data on homeownership by gender hasn’t been consistently reported and only goes back as far as 1977, there are still some interesting trends to note.

While data from 2017 reveals that most homeownership is held by families with both spouses present, women surpass their male counterparts by a wide margin for families with only the female or male householder present.

What Makes Women Feel Most Confident: The Answer Will Surprise You

Women are graduating from high school and college, working, earning incomes and owning homes at rates that might have seemed unattainable in 1920. However, those successes come with a range of concerns that remain important considerations in painting a full picture of women’s financial lives.

Over a Third of Women Have No Savings

GOBankingRates’ 2018 Savings survey of Americans on their savings habits revealed that women aren’t saving at the same rates as men. This discrepancy could be attributed to the persistence of the gender wage gap, meaning that women tend to earn less than their male counterparts at work.

However, over 60 percent of women in America have less than $1,000 in savings — meaning there might be many women struggling to make ends meet. That said, about one in 20 women have $50,000 or more stashed away, demonstrating that some women are saving successfully for their future.

But Women Have Less Debt Than Men

GOBankingRates’ 2018 Retirement Savings survey delved into how much debt women held, showing that woman are arguably more responsible with borrowing money than their male counterparts.

The women in the survey had, on average, about 10 percent less debt than men. These figures are especially interesting when you consider that women typically earn lower incomes than men. In fact, when asked their reasons for being in debt, 48 percent of women answered that their income was too low as compared to just 40 percent of men.

Women and Finance: How We’re Fighting the Money Myths About Us

50% of Women Are Investing Their Money

While it’s probably true that most Americans are investing less than they should, women appear to have made some serious headway over the last 100 years, based on the results of a 2018 GOBankingRates Investing survey.

Although it might be concerning that 35 percent of women have less than $500 invested over their lifetime, that figure is matched by the 32 percent of women who have more than $50,000 invested, brightening the results of the survey.

Overall, half of women are investing, with similar levels of popularity across banking products like savings accounts, stocks and/or bonds, and investment products like ETFs and mutual funds.

Click through to look back at how women stacked up in America’s economy.

More on Women and the Economy

Methodology: GOBankingRates examined and analyzed Census data from the 1920 diciennial Census of Population and Housing. Occupation data came from Chapter 2, Number and Sex of Occupied Persons. Average income was based on the IRS’ Statistics of Income report from 1920, which had the number of tax returns and the net income of female heads of families in each state; the net income was divided by the number of returns to get the average income for female heads of families, which was then adjusted for inflation to January 2019 dollars using the Bureau of Labor Statistics’ consumer price index calculator. For female education, high school diploma and bachelor’s degree attainment rates were sourced from the National Center for Education Statistics’ 1910-2017 report. All contemporary occupation, labor force and income statistics were sourced from the 2017 American Community Survey by the U.S. Census Bureau. 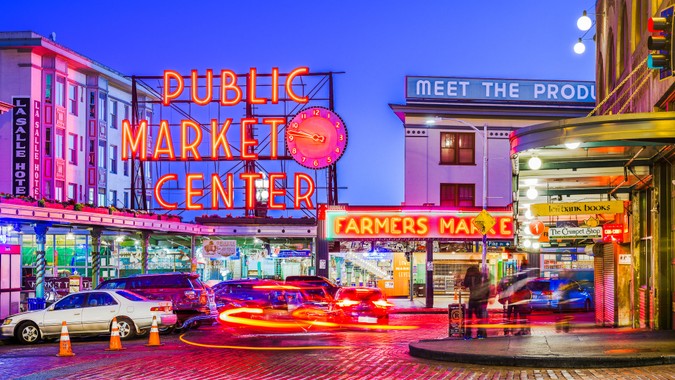