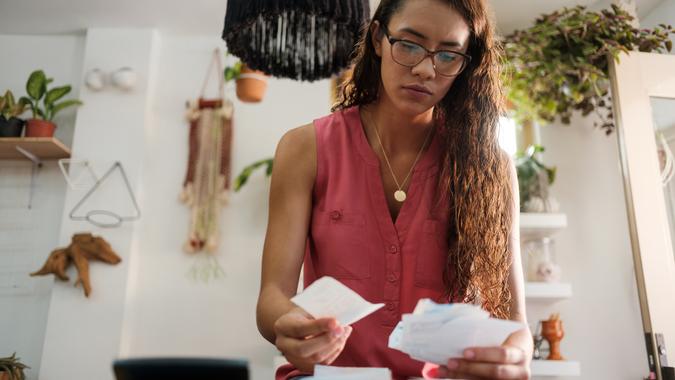 U.S. consumers’ short- and medium-term inflation expectations rose in February, reversing some of the previous month’s sharp declines according to the Federal Reserve Bank of New York. This data comes from the February 2022 Survey of Consumer Expectations, released March 14. On the other hand, unemployment and job finding expectations improved in a bit of good economic news.

See: Experts: Here’s When the Surge in Inflation Could End
Find: 17% of Small Businesses Fear Going Out of Business in 2022 — How They Can Combat Inflation and Retain Employees

Median one-year-ahead inflation expectations increased to 6% in February from 5.8% in January, matching its Nov. 2021 high, according to the New York Fed.

Consumers’ three-year-ahead inflation expectations ticked up by 0.3% to 3.8%.

Median home price expectations, on the other hand, declined to 5.7% from 6%. The decline was most pronounced for respondents without a college education.

Meanwhile, all commodity price change expectations increased in February — with expectations about year-ahead price changes for food and gas increasing by 3.3% and 1.5% to 9.2% and 8.8%, respectively.

In addition, anticipated changes in the costs of medical care and college education also increased to 9.6% and 9%, from 9.5% and 7.3%, respectively.

U.S. consumers’ expected earnings growth was unchanged for the second consecutive month — at 3% in February — and remains above its 12-month trailing average of 2.6%. Unemployment expectations — or the mean probability that the U.S. unemployment rate will be higher one year from now — decreased to 34.4% from 35.9%.

In terms of household finances, spending growth expectations increased sharply to 6.4% from 5.5% in January, reaching a new series high since the start of the series in June 2013.

Expectations about future credit availability and credit access deteriorated, according to the survey. The average perceived probability of missing a minimum debt payment over the next three months decreased by 0.8 percentage point to 9.2%, a new series low, however.

Learn: Gas Prices 101: How Growing Need for Fuel Surcharges Affects Businesses (and You)
Explore: Oil Prices Drop Below $100 — Will Gas Prices Decrease Too?

The Survey of Consumer Expectations (SCE) examines how consumers expect overall inflation and prices for food, gas, housing, and education to behave. It also provides insight into Americans’ views about job prospects and earnings growth, as well as their expectations about future spending and access to credit.