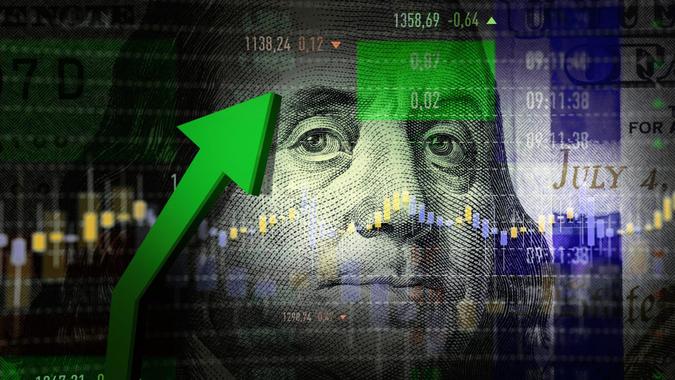 The price index tracking consumer spending, or the PCE price index, increased by 4.3% in August compared to one year ago, reflecting the significant price increases for goods and services, most notably the cost of energy and food. Excluding food and energy, which CNN noted are the most volatile, the PCE price index for August increased by 3.6% since last year. The number has remained constant since June.

According to CNN, this was the fastest upward pace since January 1991 and well above the Federal Reserve’s core inflation target of 2%.

Upper-end inflation forecasts have been raised to 4.2% for the year; however, the Feds see it easing to 2.2% going into 2022, as previously reported by GOBankingRates. Powell stated Wednesday that next year should be “quite a strong year” in terms of economic growth, CNBC reported.

Personal income also increased in August by 0.2%, or $35.5 billion. Disposable income was also up by 0.1%, or $18.9 billion. The Bureau of Economic Analysis cited increases in compensation of employees and government social benefits for the rise in personal income for August. These increases were primarily due to higher wages as companies tried to attract more workers.

Within government benefits, the advance Child Tax Credit payments helped increase income. This data does not reflect the end to the enhanced pandemic unemployment benefits.

See: Why Inflation’s 6% Cost-of-Living Increase to Social Security Could Be a Double-Edged Sword
Find: From Coffee to Lunchables: How Working Remotely Is Impacting Inflation

Despite increased inflation, personal saving as a percentage of disposable personal income has gone up by 9.4%.