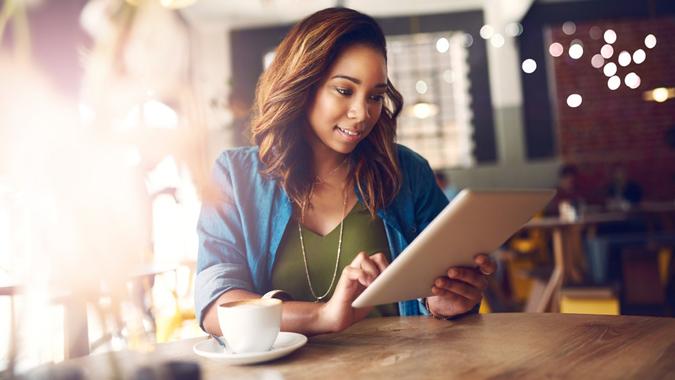 Americans looking for relief from high inflation could see a tiny glimmer of hope this week if they squinted their eyes really hard, as a pair of reports showed that inflation in April eased slightly from the previous month.

The latest report, released on May 12 by the Bureau of Labor Statistics, found that April’s rate of growth in the Producer Price Index (PPI) decelerated from March. The PPI measures wholesale inflation before goods and services reach consumers. In April, the index rose 11% from the previous year — not exactly cheery news, considering it was the fifth straight month of double-digit inflation — but slightly below the revised 11.5% gain in March, CNN Business reported.

The PPI news followed the May 11 Consumer Price Index (CPI) report, which showed that while inflation was still high at 8.3% in April, the pace did slow from March’s rate of 8.5%. The slight deceleration in both producer and consumer inflation provided a glimmer of hope that inflation might have peaked, even though it’s still the highest it has been in more than 40 years.

PPI data showed that the average prices U.S. producers were paid for their goods and services increased by 0.5% from March to April, adjusted for seasonality. That represented a significant slowdown from a month earlier, when prices rose by 1.6%. April had the slowest monthly increase since September.

That might be cold comfort for consumers whose wallets have been drained by surging prices, however. Even though the rate of inflation might have decelerated in April, it’s still moving higher — meaning dollars are still getting stretched thin.

“The end result is that even if easing in April’s PPI inflation has staying power, consumers can still expect to see rising prices for several more months based solely upon producers and services providers accounting for the higher costs they themselves have endured,” PNC senior economist Kurt Rankin told CNN.

“While inflation is likely past the peak in the United States, it has gained considerable momentum over the last two years, and is likely to close 2022 well above the Federal Reserve’s 2% objective,” Bill Adams, chief economist for Comerica Bank, said in an interview with told CNBC.