Inflation Winners and Losers: Who Benefits When Inflation Rises? 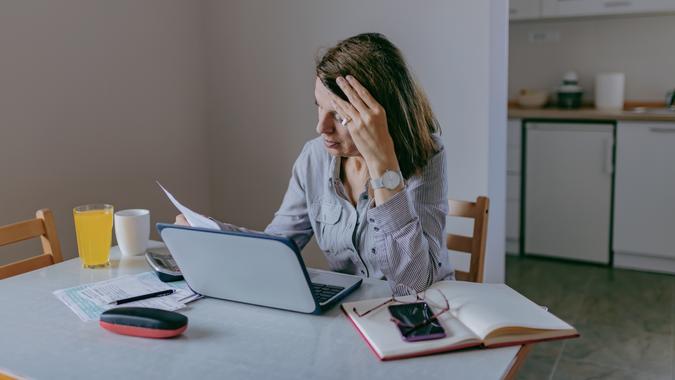 “Inflation” is one of those words that can make you bristle with dread without even knowing the context. We hear it and think about how the cost of living is now going to get more expensive as our hard-earned dollars drop in value. It’s a lose/lose situation for everybody, right? Well, to an extent, yes — but it’s more complicated than that.

Inflation’s Ups and Downs: How It Impacts Your Wallet
Find Out: Understanding the Differences Between Inflation, Deflation & Stagflation

To understand who suffers the most as a result of inflation and who might just win out, it’s important to first recognize what inflation means and what it entails.

Read: 5 Times Inflation Is Actually Good for Your Finances

To put it even more simply, inflation is an increase in the cost of goods and services. “This cost is often passed off onto consumers, however it takes a bit longer to rise in paychecks,” said Kyle Asman, the managing partner of Backswing Ventures.

Dr. Bob Castaneda, program director in Walden University’s College of Management and Technology, told GOBankingRates that on average, the U.S. economy has experienced a 3% inflation rate since 1776.

“The country’s highest inflation rate was in 1778, spiking about 30%,” Castaneda said.

The Inflation Rate in the US Is Currently Over 5%

In 2020, the inflation rate was at 5% — higher than it normally is, and currently is around 5.4%. The rise in consumer prices can be tied directly to the pandemic.

“We have various shortages due to supply disruptions due to COVID-19 and workers who are staying unemployed in order to collect extremely high (temporary) replacement income,” said Chester Spatt, professor of finance at Carnegie Mellon University’s Tepper School of Business. “Meanwhile, the government and the Fed have put in place extraordinary levels of demand stimulus through its budget (fiscal) and the Fed’s monetary injections. Hence, both supply and demand forces are leading to high levels of inflation.”

Now that we have a grasp on what inflation is and what is causing the current spike, we can consider what types of people have the most to lose and who may be served an advantage through inflation.

Learn More: The Most Controversial COVID-19 Price Hikes
Act Now: 10 Effects of Inflation — and How to Protect Your Money Now

Most of Us Are Inflation Losers

“The losers from inflation include retirees on largely fixed nominal incomes, bond holders (whose financial income is largely fixed) and those whose compensation is relatively fixed in nominal terms,” Splatt said.

Also among the losers are employees who do not see wage increases to match inflation. So, unless you’re getting a 5.4% raise to measure up to that 5.4% inflation curve, you’re losing money.

Even seemingly impervious banks stand to hemorrhage funds because of inflation.

“Lenders definitely suffer under inflation,” said Carter Seuthe, CEO, Credit Summit. “It all balances out, but this is often why banks especially clamor for bailouts during periods of inflation. They can’t make good on shuffling money around because the interest they were getting doesn’t go as far.”

See: What Should Americans Expect With Inflation in the Coming Months and Years?

It’s a Win for Borrowers and Those With Precious Metals

“There are a few winners when it comes to inflation,” said Adam Deady, CFP, MassMutual. “Examples include governments with high debt levels and borrowers on fixed repayment plans. Think of someone with a 30-year fixed rate mortgage with a set payment each month.”

Also winning, to an extent, are “debtors, investors in stocks, real estate, and physical assets such as gold and collectibles benefit from increasing inflation,” Thompson said.

See: Why You Shouldn’t Worry About All Those Price Hikes in the News

Inflation Takes a Toll on an Economy

Though gradual inflation is a natural occurrence, inflation spikes like what we are seeing right now are troublesome because they breed uncertainty.

“Inflation can weigh on a whole economy because of the uncertainty around its path,” Deady said. “Perfect examples of this right now are money market rates, CD rates, and high-quality fixed income rates. All are all very low right now and someone invested in these types of assets are earning less yield than the current level of inflation, which means their assets and spending power are being eroded by inflation. This is a very serious concern right now for conservative investors who are invested in these types of low-risk securities.”

Splatt adds that some of the harm from inflation also reflects its unanticipated character, and suggests that it is being closely monitored by the Fed.

“Indeed, if the Federal Reserve concludes in a year that inflation is too rapid, it could take steps to close down an existing economic recovery,” Splatt said.