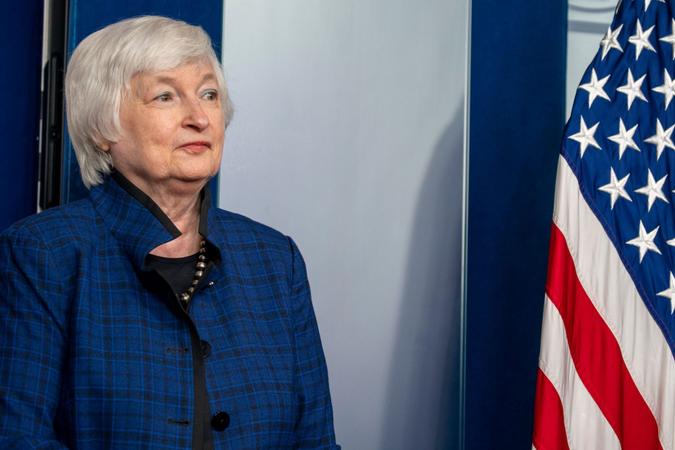 The Finance Ministers of the G7 are scheduled to meet tomorrow in person for the first time in almost two years.

See: How Interest Rates Affect Your Wallet and the Bigger Economic Picture
Find: Inflation’s Ups and Downs: How It Impacts Your Wallet

The G7 (also known at the Group of Seven)  is a group of the world’s seven largest and most-advanced economies. Its members include the United States, Canada, France, Italy, Japan, the United Kingdom and Germany. Each year, the heads of government from each country and representatives from the European Union come together for the G7 Summit. During this meeting, global leaders discuss the most pressing issues facing their countries and the international economy.

Although the decisions taken during G7 summits are not legally binding, they demonstrate significant political influence. In 2015, the members of the group laid the foundation for the historic Paris Climate Agreement to limit global carbon emissions, and to date, these countries have contributed 75% of Global Fund funding to fight AIDS, tuberculosis and malaria. As such, decisions taken by leaders during the summit typically have a considerable impact on the economy and domestic policy issues.

Ahead of the G7 summit next week, finance ministers from each country will meet starting tomorrow for the Finance Ministers meeting. From the U.S., Treasury Secretary Janet Yellen will attend. The Treasury Department stated Yellen will reinforce the U.S. commitment to promoting recovery from the COVID-19 pandemic including supportive fiscal policies, vaccine access and distribution. She is also slated to discuss improvements to public health in order to prevent future pandemics and build greener and more resilient economies to battle climate change.

Yellen has long been a proponent of maintaining easy monetary policy for as long as needed in order to recover from the pandemic. While she has been targeted by critics claiming inflationary fears will necessitate higher interest rates, Yellen has stood firm that monetary policy needs to remain accommodative for as long as the recovery needs. She has also supported evidence that shows unemployment insurance is still necessary and not behind the current labor shortage. At tomorrow’s meeting she is expected to address interest rates, inflation and these labor demand issues.

In February, Yellen called on her G-20 colleagues to push harder for a quick vaccine roll-out. As such, it is highly likely she will stress this again in tomorrow’s meeting of fewer, but larger economies of the same collection. In February, she urged all G-20 members — of which all G7 countries are included — to increase their support for global vaccination programs citing that the needs of these initiatives were still highly unmet. She stated, “A rapid and truly global vaccination program is the strongest stimulus we can provide to the global economy.”

See: 8 Employers That Require Vaccines – Plus 16 More with Perks for Workers Who Get Their Shots
Find: Climate Change Jobs That Will See Rapid Growth in the Green Economy

Last month Yellen outlined her ambitions for building a greener, more sustainable economy. She stated that bold and urgent action was needed to transform important sectors of the global economy, noting that the U.S. is committed to “directing public investments to areas that can facilitate our transition to net-zero and strengthen the functioning of our financial system so that workers, investors, and businesses can seize the opportunity that tackling climate change presents.” International cooperation is needed, she added, and said the financial sector plays a crucial role in funding these initiatives.

Tomorrow’s meeting is expected to draw similar comments from Yellen urging the other six economies to participate in funding green goals.

Preparing Economies For Another Pandemic

Amongst the most pressing items on tomorrow’s agenda will be economic readiness in the face of a round-two pandemic. In April, Yellen said a rapid U.S. economic recovery would boost overall global growth, but more work was needed to improve obvious weaknesses the pandemic exposed in supply chains, social safety nets and the non-bank financial sector.

The past year has been tumultuous for commodities and supply chains that continue to be strained even now, and preventative measures are expected to be a focus of tomorrow’s conversations.

Finance Departments from other member countries have released similar agenda goals to the Treasury Department’s press release. This suggests the meeting is largely expected to focus on pushing the largest economies to actively contribute to accelerated vaccine rollouts, accommodative national fiscal policies and put funds towards a greener future.