Kraft Heinz to Consumers on Inflation-Related Price Hikes: ‘Get Used to It’ 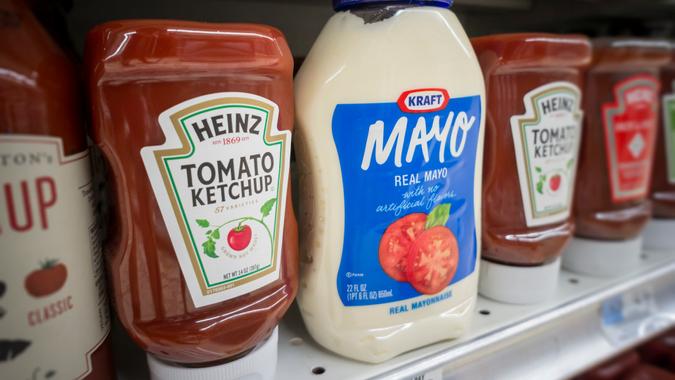 Kraft Heinz CEO Miguel Patricio said permanent increases in food prices are something consumers should get used to, citing inflation “across the board” has caused all prices to rise.

Discover: 4th Stimulus Payment of $1,400 Not Off the Table Entirely Thanks to Inflation
Examine: Why Inflation’s 6% Cost-of-Living Increase to Social Security Could Be a Double-Edged Sword

The cost of ingredients like cereals and oils has pushed global food prices to a 10-year high, according to the UN Food and Agriculture Organization. Kraft Heinz has increased prices on more than half of its products in the United States, the BBC reported. “We are raising prices, where necessary, around the world,” he said in an interview with the outlet.

“In [the] U.S., logistic costs also increased substantially, and there’s a shortage of labor in certain areas of the economy” Patricio added. The CEO referenced the historically tight labor market situation in the United States, by which companies all over the country and across different sectors are having difficulty finding willing workers coupled with an abundance of available positions.

POLL: Surging Meat Prices Could Cost You Hundreds This Year — Can You Afford It?

Backlogs across the nation’s port system have significantly contributed to supply chain problems that have driven prices up across the food sector. A record backlog of container ships waiting to enter the Port of Los Angeles has also caused major problems for shipping and truck routes throughout the country. The port’s executive director, Gene Seroka, claimed that around 250,000 containers require moving through the port as of Oct. 6, reported Fox News.

Patricio also said in his BBC interview that consumers will need to get used to higher food prices, with the world’s population rising while the amount of land on which to grow food on is not. He elaborated further that poor harvests in Brazil, drought in Russia and stockpiling in China are contributing factors to price increases.

Interestingly, Patricio said his company is “encouraging” customers to buy glass bottles — regardless of their higher price — in order to help reduce plastic waste and help food companies meet their targets in developing new packaging that reduces plastic waste.