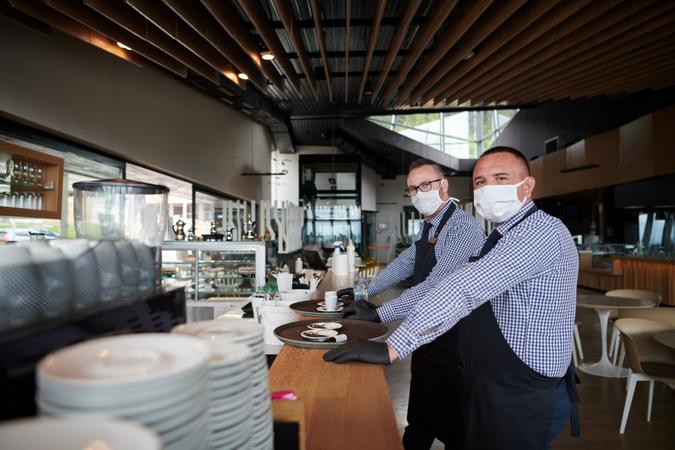 Restaurants continue to struggle from the labor shortage as nearly half of restauranteurs say they had trouble paying rent last month, according to a survey by Alignable, a small business referral network.

Small business restaurant owners are saying the U.S. labor shortage has caused them to shorten hours which, in turn, has reduced their business revenue, noted Alignable. Data from the survey shows that 49% of those polled can’t afford May rent, up 14% from April.

Alignable surveyed 7,774 small- and medium-sized U.S. business owners and most of whom declared they were struggling with rent payments due to growing inflation and labor shortages. The restaurant industry has been hit the hardest by the shortage of workers, without which owners cannot make revenue goals which spirals down into rent becoming hard to pay.

“This is sad news for the restaurant industry, which, last month, appeared to be one of the frontrunners in the recovery, slowly rebounding from COVID issues,” reads the report from Alignable. “However, these rent statistics represent a setback for restaurants, many of which spent the last 14 months struggling just to stay afloat.”

See: 18 Restaurant Chains That Have Filed for Bankruptcy
Find: Teens Can Expect Plenty of Job Opportunities This Summer, and Wages Are Up

For the owners that can find workers, 51% reported that they are paying them twice as much now than during the pandemic due to high labor demand, according to Alignable.

Small-business restaurant owners aren’t alone, reports the poll. Entertainers, event planners and photographers — industries that are symbiotic with a healthy food service economy — are struggling to pay rent as well.