Largest US Port Suffers Massive Backlog with 98% of Warehouses at Capacity — Will It Affect Holiday Prices? 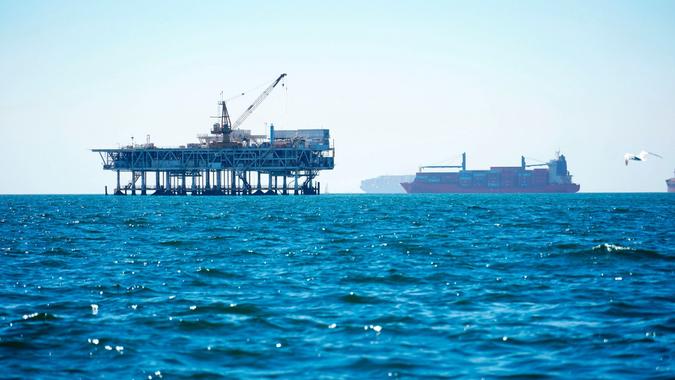 There’s a near-record backlog of ships and several metric tons of goods waiting at the largest U.S. port in California.

Learn: Expect Apparel Prices To Rise This Holiday Season as Cotton Costs Hit Decade-High
Prepare: Grocery Store Shortages Comparable to 2020 — Are You Prepared for Lack of Supply During the Holidays?

On Tuesday, Los Angles had nearly 500,000 20-foot long shipping containers and 12 million metric tons of goods waiting for spots to open at the port to dock and unload, according to data pulled from the Marine Exchange of Southern California’s master queuing list, Business Insider reported.

The LA port is “having difficulty absorbing all of this cargo into the American supply chain and the U.S. importer is sitting on that cargo longer than ever,” Gene Seroka, executive director of the Port of Los Angeles, told CNN. “It’s like taking ten lanes of freeway traffic and moving them into five.”

According to Seroka, ships are waiting 10 days on average for berthing rights at the port. However, Marine Exchange data shows that some have been known to wait for as long as a month, according to Insider. Uffe Ostergaard, president of the North America region for German ship operator Hapag Lloyd, told The Wall Street Journal that ports are also only operating at 60% to 70% capacity.

Kip Louttit, the executive director of the Marine Exchange of Southern California, told Insider that another problem is that ships are now double or triple the size of ships from 10 or 15 years ago. “They take longer to unload. You need more trucks, more trains, more warehouses to put the cargo.”

Warehouses along the West Coast also don’t have enough space for goods. About 98% of warehouses in Southern California are at maximum capacity. There’s also been difficulty hiring workers and a shortage of shipping containers, which has had a significant impact on the transportation industry.

About 90 container ships were in the port on Tuesday, 63 of which were waiting off the shore, some even out as far as 20 miles.

Experts warn that this could cause some issues as retailers scramble to stock shelves before this upcoming holiday season, and consumers could see higher prices. Executives have also said that the shipping crisis will continue into 2023.