Latest Stimulus Payments: Qualifying California Residents Could Receive Up to $1,100 This Month 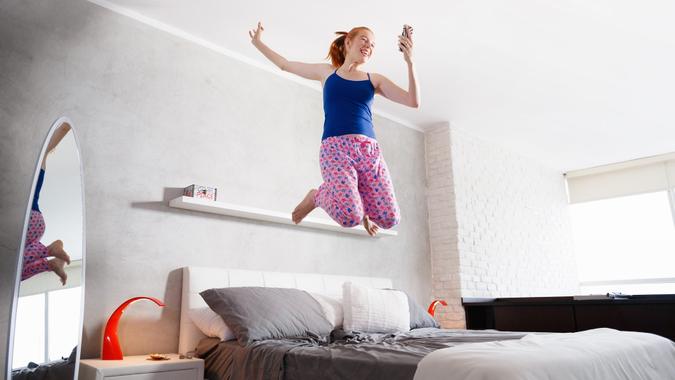 The California Franchise Tax Board announced this week that the second round of state stimulus payments will be released tomorrow, Sept. 17. An estimated 2 million checks are set to hit bank accounts via direct deposit, the tax board stated. Qualifying recipients of the Golden State Stimulus II payment would have made $75,000 or less on their 2020 tax return.

Take Our Poll: What Is Your Outlook on a Secure, Timely Retirement?
Learn: Farm Workers and Meat Packers To Receive $600 Checks

The first round of payments — dubbed Golden State Stimulus I — released on August 27 and saw around 650,000 payments go out, which were aimed more toward low-income Californians. Governor Gavin Newsom has previously stated that the overwhelming majority, about two-thirds of Californians, will be eligible for the stimulus payments. The tax board has identified around 9 million tax returns that qualify for the state-sponsored stimulus payments, but expect to receive more returns by the Oct. 15 deadline that could in turn qualify even more people.

Newsom signed the Golden State Stimulus in July, creating one of the nation’s first state stimulus plans. California operates under a progressive tax schedule, meaning the more you make, the more you pay in taxes. This, in conjunction with thrifty budgeting, left the state in an advantageous surplus that Newsom has used to fund the state stimulus checks, which are in addition to the federal payments that went out this year and last.

Qualifying residents will typically receive an extra $600 or $500 depending on income and how many dependents they claim. Some who do claim dependents and did not receive the Stimulus I payment may get upwards of $1,100 for Stimulus II, essentially supplementing an entire new stimulus payment like the ones the federal government has sent out.

See: Could the US Benefit From Another Stimulus Check?
Find: IRS ‘Math Error’ Notices Soar Due to Stimulus Payments — Are Child Tax Credits Next?

The tax board advises that if you are a resident, there is nothing you need to do to qualify for the stimulus payment other than simply filing your tax return by the Oct. 15 deadline. If you live in California and want to see if you qualify, the tax board has a tool you can use here.