LME Suspends Trading on Nickel: Why Did the 250% Price Spike Cause so Much Concern? 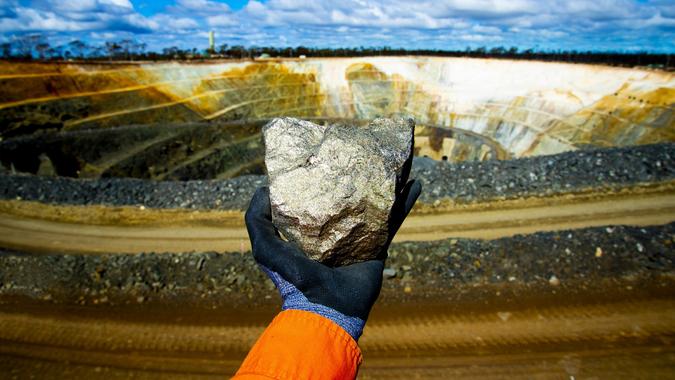 The London Metal Exchange (LME) took an unprecedented step to halt trading in the nickel market on March 8. The price of the metal spiked by 250% early Tuesday, trading above $100,000 a ton, per Bloomberg. After suspending trading, the LME said it would cancel all nickel transactions from earlier that day.

The reason for the rapid rise, according to Bloomberg, was investors and industrial users buying contracts back after priced rallied. Concerns over Russian supplies of nickel led to an increase in the value of the metal, which is used in stainless steel products and also electric vehicle batteries.

Russia delivers 9% of the world’s nickel supply, but close to 33% of nickel sulfide ore which is used to provide the nickel sulfate used in EV batteries, Bloomberg reported.  As fuel prices rise across the world, and specifically in the U.S., manufacturers and investors alike are expecting increased purchases of EVs.

EV manufacturers are already bracing for nickel shortages, with a study from Rystad Energy predicting a shortage of the metal by 2026, EENews.net reported. By 2024, Rystad’s research shows, global demand for nickel will rise from 2.5 million tons to 3.4 million tons.

Experts are comparing the halting of nickel trading to the “Tin Crisis” of 1985, when the LME suspended trading in tin for four years as the International Tin Council collapsed. The move pushed many metal brokers and investors out of business, Bloomberg reported. However, Malcolm Freeman, a Kingdom Futures broker, told Bloomberg that suspending nickel trading was “the right thing to do.”

Investors who held short positions in the nickel market face billions of dollars in mark-to-market losses, Bloomberg said, and are forced to meet margin calls to cover their positions. Chinese entrepreneur Xiang Guangda held a short position through Tsingshan Holding Group Co., the world’s largest producer of nickel and stainless steel, according to Bloomberg. It was reported that he met margin calls on March 8, although sources did not immediately respond to inquiries from that outlet. Other investors, however, were forced to close their positions.

The LME said it is considering a possible multi-day closure as nickel prices continue to rise on the Shanghai Futures Exchange.

Even with the EV industry’s reliance on nickel for batteries, is the spike and subsequent closure cause for concern for most Americans? At least one analyst, David Fickling, doesn’t think so. The Bloomberg opinion columnist wrote: “It’s unlikely that you’d notice the ripple effects of this in the wider economy over the year ahead, and prices driven by a short squeeze of this sort tend to calm down rapidly.”

Learn: Can Gold and Bitcoin Coexist in a High-Inflation Environment? Why You Should Hold Both Investments
Explore: In Wake of Russian Invasion, Experts Say Cybersecurity Stocks Remain Strong Investments

He also pointed out that advances in EV battery production could lead to the use of more plentiful, less costly, laterite ores containing a mix of nickel and cobalt in future batteries. Fickling concluded: “Nickel is not a scarce commodity, and we’re making more of it than we ever did before.”