May Inflation Reaches Highest Level Since 1981, Touches Every Sector of the Economy 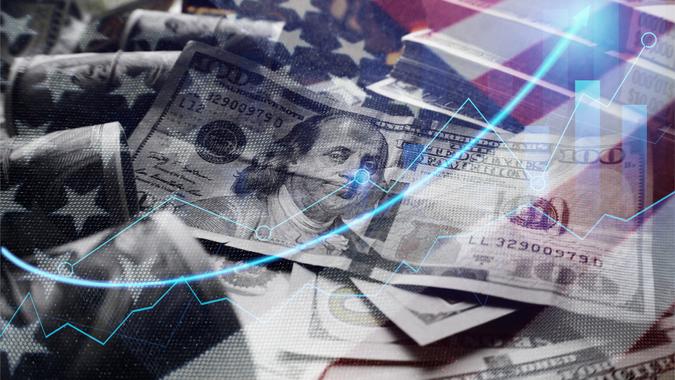 Inflation continued to rise in May, with data worse than expected. The Bureau of Labor Statistics (BLS) released its Consumer Price Index (CPI) on June 10 and the all-items index increased 8.6% for the 12 months ending May, the largest 12-month increase since the period ending December 1981. The increase was broad-based, with the indexes for shelter, gasoline and food being the largest contributors.

This was higher than economists’ expectations, as they expected the CPI — which measures what consumers pay for goods and services including clothes, groceries, restaurant meals, recreational activities and vehicles — to rise at an 8.3% annual rate in May, the same as in April, according to The Wall Street Journal.

The Consumer Price Index for All Urban Consumers (CPI-U) increased 1% in May on a seasonally adjusted basis after rising 0.3% in April, according to the BLS.

Michael Pierson, managing partner at FisherBroyles, told GOBankingRates that it would appear the large cash balance currently sitting with American companies and citizens, should lessen the short-term impact of current inflation.

“While rising interest rates from the Federal Reserve will attempt to curb inflation, make capital more expensive, and remove market liquidity, there is still much capital that has been raised and needs deploying,” he said. “The long-term, however, is more uncertain: Russia’s invasion of Ukraine, potential global food shortages, increased wage demands, slowing GDP growth, supply disruptions, and surging prices — all indicate a difficult 2023.”

The energy index rose a staggering 34.6% over the past 12 months and the gasoline index increased 48.7%. Meanwhile, the index for electricity rose 12%, the largest 12-month increase since the period ending August 2006.

He added that “70% of the products on American shelves are delivered there by trucks that run on diesel fuel. As crude oil continues to rise — now at approximately $122 per barrel, 10 dollars higher than last month — costs will continue to rise on manufacturers, and prices will do the same on American shoppers,” he said.

Kevin Rendino, CEO of 180 Degree Capital, told GOBankingRates that the higher than expected number will make Jerome Powell and the Fed to “feel emboldened to continue to raise rates.”

“The bottom line is the number is an unwelcomed very stubbornly high number. Fifty basis points the next two meetings will be the result of this,” Rendino said. “Inflation is known. I’ve started to move my concerns to stagflation, the worst of all worlds.”

The BLS said that while almost all major components increased over the month, the largest contributors were the indexes for shelter, airline fares, used cars and trucks and new vehicles.

The shelter index increased 0.6% in May, seeing the largest monthly increase since March 2004, while the index for lodging away from home rose 0.9% in May.

Airline fares remained high, with the index increasing 12.6% in May after rising 18.6% percent the prior month.

The index for used cars and trucks rose 1.8% in May after declining in each of the 3 prior months.

See: Understanding the Differences Between Inflation, Deflation & Stagflation
Find: How Much of a Raise Should You Ask for To Balance Out Inflation?

The indexes for medical care, household furnishings and operations, recreation, and apparel also increased in May, the BLS reported.