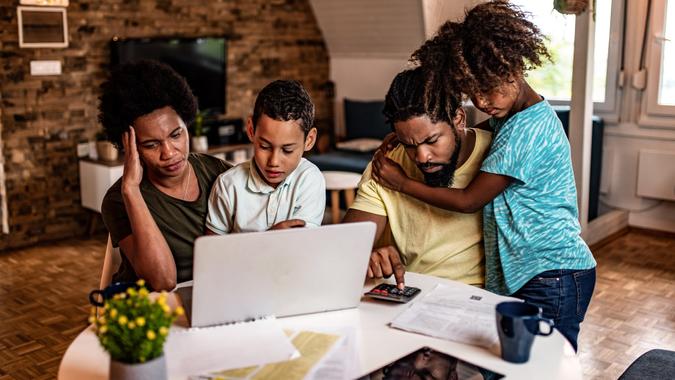 Historically high consumer prices are having an increasingly negative impact on the finances of Americans, with the majority saying inflation is causing financial hardship — and a rising percentage of middle-income earners feeling the pinch, according to a new Gallup poll.

The poll of more than 1,500 Americans, conducted in August and released last week, found that 56% of respondents now say price increases are causing financial hardship for their households. That’s up from less than half (49%) in January 2022 and 45% in November 2021. Of those experiencing hardship, 12% describe it as “severe” and 44% as “moderate.”

Lower-income Americans are feeling the most pain, with roughly three-quarters saying they feel either severe or moderate hardship. That compares to 63% of middle-income earners and 40% of upper-income earners.

While the highest inflation rate in more than 40 years is the main source of financial hardship this year, many Americans also haven’t recovered financially from the effects of the COVID-19 pandemic. With the end of most government stimulus programs tied to the pandemic, Americans are finding it even harder to weather this year’s high prices.

Because of the combination of the pandemic and soaring inflation, most Americans are raising the bar on the amount of money it takes to live comfortably. As NBC News reported, a separate survey released last month by the Federal Reserve Bank of New York found that the lowest annual income Americans would be willing to take for a new job is $72,873.

In terms of dealing with higher prices and financial hardship, the Gallup poll found that the most popular strategy — mentioned by 24% of those experiencing hardship — is to cut spending. This includes buying less in general or buying only essential items. Another 17% said they are cutting back on travel, with the same percentage saying they are driving less or trying to use less gas.

More than one in 10 respondents (12%) are buying cheaper goods or generic brands, while 10% said they are either eating out less (10%), buying fewer groceries or growing their own food. Only 7% said they have tried to increase their income by working more hours, finding a second job or looking for a new job.