More Money Is Going to Texas Than California or New York, Thanks to US Census 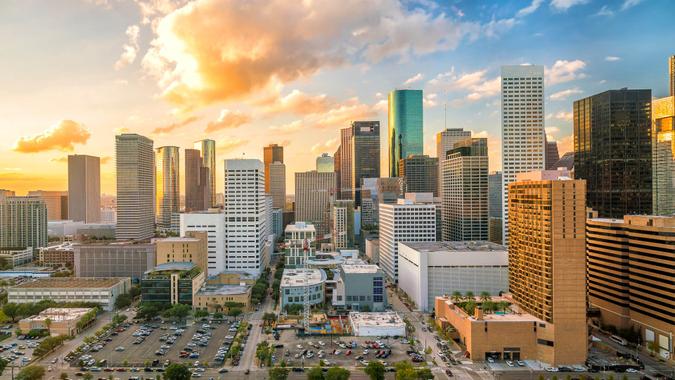 See: All About the Federal Budget and Its Role in Your Life
Find: 30 Places in America That Are Getting Poorer

Population growth has slowed since the last census in 2010, according to CNN. The time period between 2010 and 2020 shows the second slowest population growth in history, behind the 1930-1940 census, which included the first two years of the Great Depression.

What do the census results mean for average Americans — and their wallets?

The results of the census determine the number of seats each state gets in the U.S. House of Representatives and how many votes each state gets in the Electoral College, which could dramatically shift the balance of political power — and the “power of the purse.” The 2020 findings will result in Texas gaining two seats in the U.S. House of Representatives and New York and California each losing one, CNN reported. Illinois, Michigan, Ohio, Pennsylvania and West Virginia also lost one seat each, while Colorado, Florida, Montana, North Carolina and Oregon all gained one.

But census results also affect the amount of federal funding a state gets. The U.S. government apportions about $1.5 trillion per year to states for programs such as Medicare, Medicaid, education and public services, NPR reports.

These newly released results do not delve into local numbers, but the Census Bureau said it will release additional data by Sept. 30, according to the Brennan Center. So far, the recent census findings reveal that U.S. population growth from 2010 to 2020 occurred entirely in non-white communities, including Latino, Black and Asian American communities, the Brennan Center writes. This could be attributed to incorrect counts for these communities during past decades. The 2020 census data could result in more federal funding for these underserved populations.