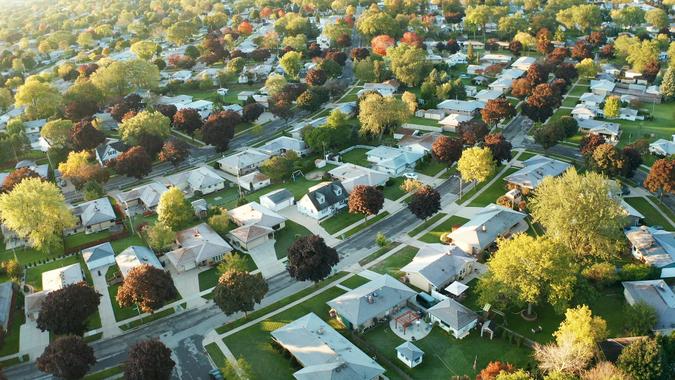 Mortgage applications continued to decrease last week — to their lowest level since 2018 — while mortgage rates increased to the highest level since 2009, according to the Mortgage Bankers Association’s (MBA) Weekly Mortgage Applications Survey. The data covers the week ending April 22, 2022, per the related press release.

Discover: 20 Genius Things Mark Cuban Says To Do With Your Money
More: 10 Kitchen Renovations That Will Hurt Your Home’s Value

Rapidly rising interest rates, a 41-year-high rate of inflation and tight housing supply are continuing to push mortgage applications down — all factors that make buying a home even more expensive.

Mortgage loan applications decreased 8.3% last week. The refinance index decreased 9% from the previous week, and was 71% lower than the same week one year ago. The seasonally adjusted purchase index decreased 8% from one week earlier, the MBA data shows.

“With mortgage rates increasing last week to the highest level since 2009, applications continued to decline. Overall application activity fell to the lowest level since 2018, with both purchase and refinance applications posting declines,” Joel Kan, MBA’s associate VP of economic and industry forecasting, said via press release.

Kan added that the drop in purchase applications was seen across all loan types.

“Prospective homebuyers have pulled back this spring, as they continue to face limited options of homes for sale along with higher costs from increasing mortgage rates and prices. The recent decrease in purchase applications is an indication of potential weakness in home sales in the coming months,” he said.

He said that the ARM share of applications last week was over 9% by loan count and 17% based on dollar volume.

“At 9%, the ARM share was double what it was three months ago, which also coincides with the 1.5 percentage point increase in the 30-year fixed rate,” Kan concluded.

Consumer confidence decreased overall in April, according to the Conference Board Consumer Confidence Index released April 26.

Lynn Franco, senior director of economic indicators at The Conference Board, said in a press release that purchasing intentions are down overall (relative to recent levels) as interest rates have begun rising.

See: POLL: Do You Think States Should Suspend Their Gas Taxes?
Find: 3 of the Best and Worst Mortgage Lenders

“Meanwhile, concerns about inflation retreated from an all-time high in March but remained elevated. Looking ahead, inflation and the war in Ukraine will continue to pose downside risks to confidence and may further curb consumer spending this year,” she added.