In many states, the most profitable industry is quite stereotypical such as Michigan and the automotive industry. In many others, though, the most lucrative industry might not be what you’d first think, like aerospace in Kentucky.

GOBankingRates conducted a new study to find the most profitable industry in each U.S. state — and there are several themes that stand out. Automotive, aerospace and mineral products tend to be the most lucrative industries. Another notable pattern is the profitability of industries connected to healthcare. The precision instrument industry, for example, is fueled by a variety of medical and diagnostic products, each with exorbitant price tags.

Click here to read about money lessons learned in the food industry.

On a broader level, industries related to the production of electronics are major sources of profit. With the ubiquity of mobile phones and devices, and with no reason for that to end, the machinery and mechanical appliances industry is the most profitable in several states.

Keep in mind: The most profitable industry does not equal the biggest industry. By the standards of biggest or largest, most states would be a boring mix of healthcare or retail. 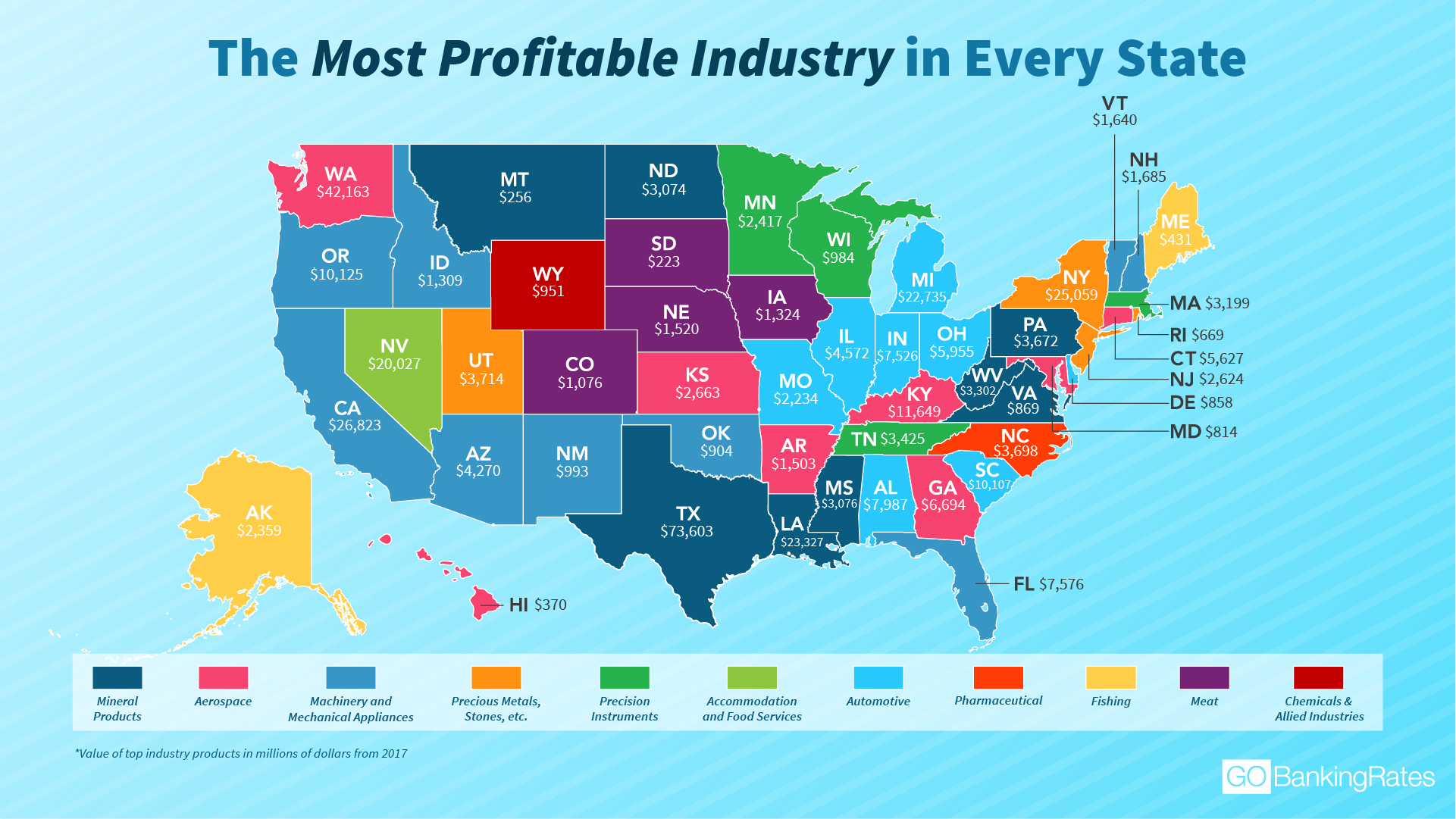 Here are the top five states ranked by their main industry’s profitability:

Mineral products include major fossil fuels like coal and oil. The latter is the primary reason it’s the most lucrative industry in Texas and Louisiana, where oil fields on land and in the Gulf of Mexico fuel their economies. New York’s precious metal and stones industry is driven by diamonds and other jewelry products. In other states, the precious metal industry is the most profitable due to non-jewelry applications.

Find Out: Most and Least Recession-Proof States

Check out the full list of states below, their most profitable industry and the value of the industry’s top-selling products represented in millions of U.S. dollars:

Click through to learn about the most valuable public company in every state.

Methodology: GOBankingRates determined the most profitable industry based on the value of industry products, in millions of U.S. dollars, sourced from U.S. Census Bureau 2017 data; industries were defined using Harmonized System (HS) codes. 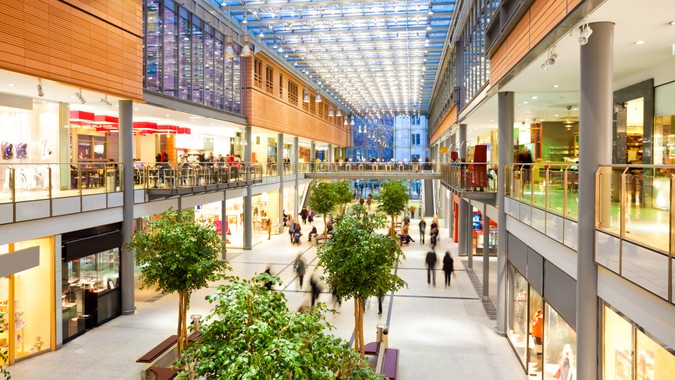 Malls Might Not Disappear After All, Thanks to This Genius Formula

Foursquare reveals how malls can survive the retail apocalypse.